This is one of my first blog posts and I have updated it for 2017/2018. After using many breast pumps, and after three babies, I still believe the Ameda Purely Yours Breast Pump is a great breast pump for full time pumping.

Product: Ameda Purely Yours Ultra Breast Pump
Place to Buy: Amazon.com
My Rating: 10 out of 10

When I was pregnant with my first baby I decided I should probably get a breast pump. I didn't know much about breastfeeding, but I knew I planned to do it since it was recommended as best for baby. I also planned to go back to work full time and put my baby in daycare (more about that later..) so I knew I would want to pump and have bottles available.

As I researched double electric pumps I found out there are two kinds, open system and closed system.

A closed system pump ensures that air and moisture do not get into the tubing. I decided this was what I wanted because anything that gives me less to worry about, and was easier to maintain sounded good. This led me to the Ameda brand. 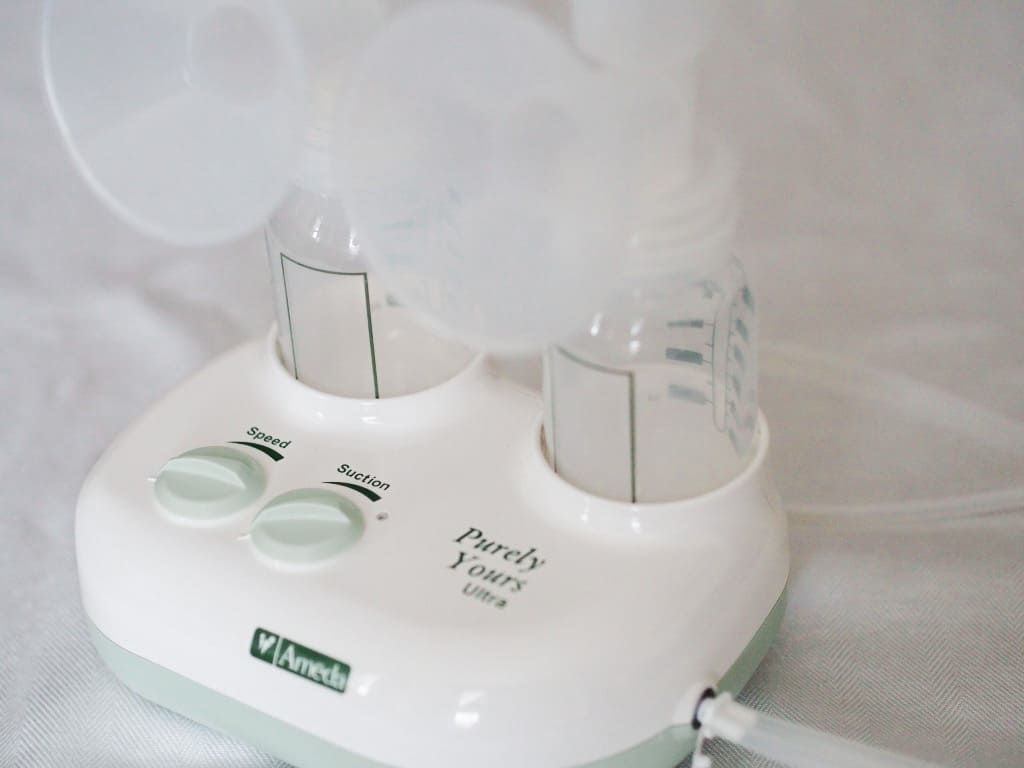 This one appealed to me because it came with all of the Ameda Purely Yours accessories. I wanted it all, it was my first baby after all!

My quick introduction to pumping

First a little background on how I got introduced to pumping much sooner than expected. When my first daughter was born she only spent a few hours with us before ending up in the NICU. She had swallowed some fluid on her way into the world, and subsequently had a choking episode her first night.

The nurses rushed her to the NICU where she ended up spending her first few days. I visited her every couple of hours to breastfeed but had a lot of trouble getting her to latch. It was not an ideal start. She was being given formula in the NICU, she would not latch, and I really had no clue what I was doing.

The hospital's lactation consultant was worried about my milk supply due to these interruptions and got me hooked up with an Ameda hospital grade pump right away. After every attempt at nursing I was to pump for 10 minutes on each side. Let me tell you, between the exhaustion of birth, the shock of my first baby being in the NICU and failing attempts at breastfeeding, pumping was really the last thing I wanted to do. I hated it and wanted to quit pretty much right away. I persisted though because I really wanted to breastfeed.

After a few days my daughter was sent home with us, and I brought the hospital grade pump with me as well. I was instructed to continue my attempts at nursing and pumping after each session. It took awhile for my milk to come in, no doubt delayed by these hurdles, but when I saw those first drops in the collection bottles I cried. I was so excited to see that it was working.

Once my milk came in breastfeeding improved as well and we started to get on track. According the lactation consultant at the hospital the Ameda Purely Yours Breast Pump is great for maintaining supply, but a hospital pump is really needed when trying to establish your supply in the beginning. Once I saw my milk come in, I returned the hospital pump and started using my Ameda Purely Yours Breast Pump.

I was also given permission to stop pumping after every feeding, and I started pumping once in the morning when my supply was the highest. I really loved the Ameda pump (well as much as you can love a breast pump) and I am still using it a couple of years later with my second baby. 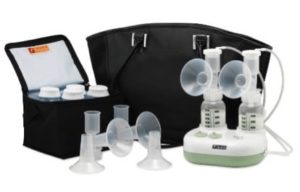 Some positives of the Ameda Purely Yours Breast Pump:

I really cannot think of much negative about this pump other than softer flanges might be more comfortable in the early days. That was one thing I sort of wished for but I never did use a pump with those so I'm not sure if it really makes a difference.

You can watch this video for more info from Ameda:

I ended up pumping almost every morning for most of my maternity leave. With this pump I could easily pump about eight ounces in ten minutes once I was a pro. I used this milk to build up a stash. As my maternity leave came to an end I actually decided I did not want to put my daughter in daycare, and I was lucky enough to change to a part time work from home schedule.

I had much more milk stashed then I needed since we were not using daycare. At some point I realized I would not need all this milk and cut back on the pumping. I did use it up though.. it's always nice to have a bottle for those times you want to run out alone or have a night out.

Now that my second baby is here I have used this pump again. It still works great even a couple of years later. I will admit I don't pump as much now as I did back when my first baby was born. It may have been more pump than I needed since I did not end up going back to work full time. I don't regret it a bit though. It's been a great pump and still going strong!

Buy the Ameda Purely Yours Ultra Breast Pump at a discount here.

Please let me know if you have any questions about this pump and I will be happy to answer them.  Thank you!

In a future post I will also compare the Ameda pump to the a Spectra pump which I have since used with my third baby.

[…] sure you use a double electric pump or rent a hospital grade pump. There is no way you want to try and power pump for an hour with a […]

Can I Donate a Used Breast Pump? - Breastfeeding Needs

[…] that my second baby is about to turn one I doubt I will be using my double electric pump much in the future. I have no interest in weaning anytime soon but I doubt the need to pump will […]