Well here I am eight months postpartum with an eight month old baby and lately she will only sleep on me! Yep, that's right we have a 'bad habit'. I am kind of joking because I don't actually believe in bad habits when it comes to babies. I also don't believe you can spoil a baby, or in sleep training, or any of those ideas really. 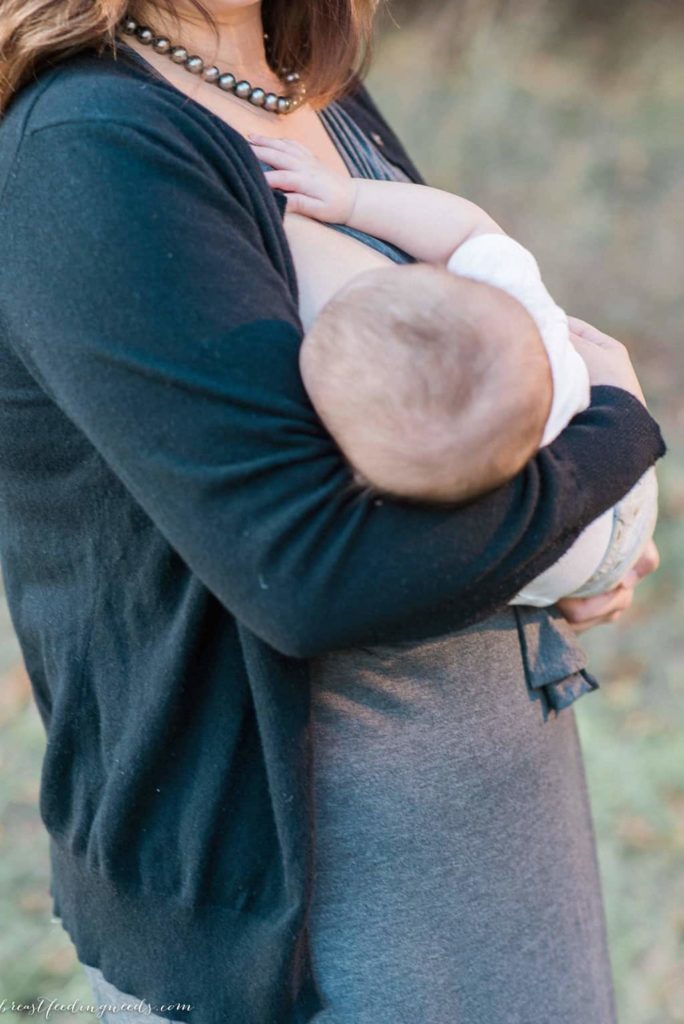 So, how did I end up here? I think I need to go back to when I had my first baby. I wanted to follow all 'the rules' like letting my baby learn to self soothe, moving her out of my bedroom by six months, and letting her cry in the middle of the night rather than feed her once she reached a certain age. I just didn't know any better, and I was taking my pediatricians advice (btw pediatricians are not necessarily sleep experts). I tried those things to a certain extent but I quickly figured out they weren't for me. While I did move my daughter out of our room at six months, I went back to feeding her at night, and I never let her cry it out after a couple of horrible attempts.

With my second baby I knew I wasn't going to do those things and then he was a great sleeper. Well, he was a great sleeper for a bit, till about six months and then it all went haywire and he was waking a lot and I was exhausted. I don't actually remember it all well, but I know he was in my room till almost 10 months old because I could not deal with walking down a hall if he was still waking. It was rough but somehow I got through it.

Which brings me to baby number three. I decided to basically co-sleep from the beginning to make my life with a new baby easier. I still had a separate sleep surface for her but I did not sweat if I needed to bring her into my bed. I made my bed as safe as can be and came home with my newborn. But then she started sleeping long 6, 7, even 8 hour stretches in her co-sleeper and I didn't even need to bed share. I thought whew I guess I got super lucky with the third baby. And, I deserve it. But, she is my last baby and I wanted to hold her and cuddle as much as possible. I let her take all her naps on me and I also kept her on me nursing and cluster feeding at night until I went to bed.

This was all fine until early September when I injured myself. I was couch bound for a good month to six weeks. I had her on me all the time. I could barely leave the house. It was rough but the only good thing about it, and I mean ONLY, was all the time I spent nursing my baby and letting her sleep on me. I have since healed but we have kept up that habit. I have almost no nap routine with her. It's a combo of issues, mainly that she is the third baby, we are always on the go, and she has to just sleep when she can. Whether the car, stroller, or on me. I have since attempted putting her down for naps in her crib (I did purchase a crib when she was six months) but so far it hasn't really worked.

Then, there is night time. I figured sometime after six months I needed to get her a crib. I also decided to start working on an evening routine. Seriously, with my first baby I had the nap and bedtime routine down at three months, but for my third baby I have been SO lax about all of this. We're working on it and most nights I do put her to bed before me, but then at some point she ends up on me, in my bed. I don't mind too much since she is my last baby and then I will never do this again. That's the only thought keeping me sane when my arm is asleep, and I can't move because an eight month old baby is sprawled across my chest.

This is where we are, no nap in the crib routine (she does have set times she naps but it's usually wherever), and more than half her night is spent on top of me in my bed rather than her crib. While a small part of me wonders where we are going with this, I am also trying to just savor the baby time because before I know it she will be big and this will have passed. I have to laugh when I look back to my first baby and remember how crazed I was about her getting a nap in or getting to bed on time. I definitely let up with my second and with my third it is out the window.

What do you think? Anyone else bed sharing/co-sleeping/baby sleeps best on you?

I know this post is over a year old, but I can identify with you so well!! I have 2 older children (9 & 5) and a 5 month old. He was sleeping great in the beginning and I thought, wow! Blessed with a great sleeper! Until I moved him from the rock n play to the pack n play. Ugh. He went from waking 1-2 times per night to now only sleeping on/with me. Bc he’s my last, I’m also trying to take this in stride & not freak out about it. Do I want to be able to sleep by myself? Absolutely. Do I want to sleep train and have the whole family lose sleep over it? And be totally frustrated & resentful? NO. So I’m glad I’m not the only one whose baby does this and I just pray this is a phase he will grow out of. Thanks for the post!

[…] I even wrote a post about when your baby only wants to sleep on you. I was okay with it though. I try to have the attitude to roll with the challenges, because as soon as you fix them your baby changes and you are on to a new issue. But this has been happening for awhile and I do need to get stuff done occasionally. […]

Sitting on my bed with my baby girl in my arms after I nursed her to sleep. Was freaking out about naps and sleeping and routine till about 12 weeks. Read so many things basically telling me that I was making a huge mistake in every way by breastfeeding her to sleep and by not laying her down to fall asleep on her own and that I was busy creating bad habits. That was until she had het first cold...then I decided as long as she gets some rest and so do I we can deal with any 'bad habits' (not that I subscribe to the theory that we can create bad habits at this age) later in her life. Now going through bit of sleep regression or something because my little bundle of joy fusses like crazy in her sleep especially at night. She ends up waking herself up if I don't put a hand on her to comfort her. And during the day she ends up nursing to sleep and then sleeping on me mostly because she refuses to fall asleep otherwise...