To kick off World Breastfeeding Week 2015 I'm honored to offer this guest post from Action Against Hunger discussing why breastfeeding is critical in the fight against malnutrition.

By Angeline Grant, Nutrition & Health Adviser at Action Against Hunger 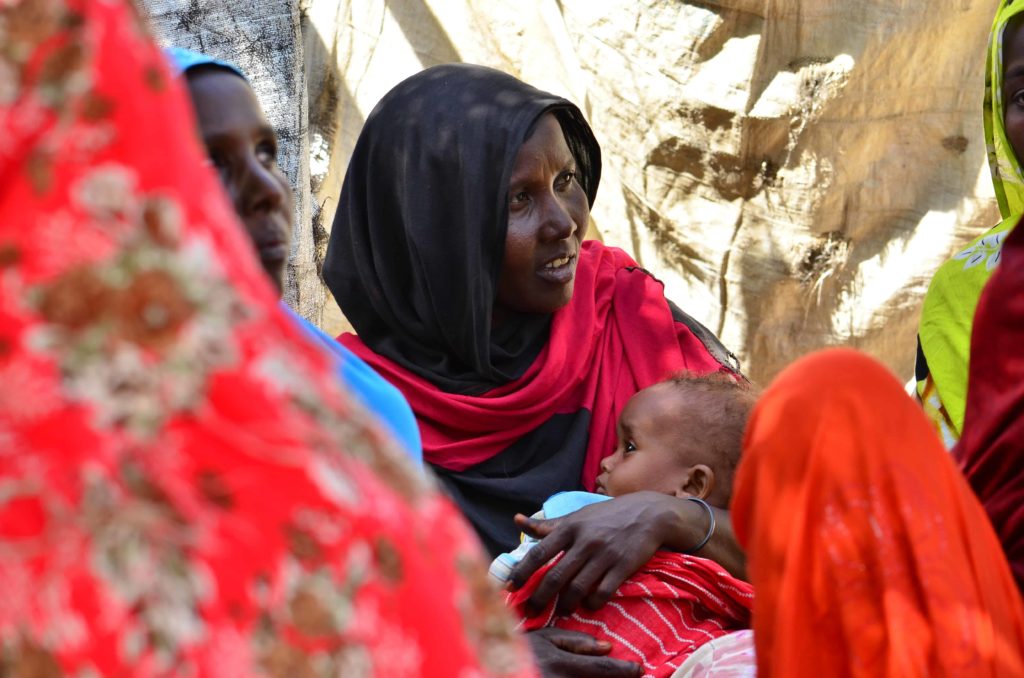 Breastmilk is a safe and secure source of food for babies, instantly available, providing active protection against illness and keeping an infant warm and close to his or her mother, all for free. Breastfeeding also reduces the risk of post-partum hemorrhage. We consider breastfeeding support to be a lifesaving humanitarian intervention in the contexts and countries that we work in.

It is estimated that undernutrition accounts for nearly half (45%) of all global deaths in children under the age of five. Twelve percent of these, or more than 800,000 deaths annually, are attributable to sub-optimal breastfeeding. The essential role of breastfeeding and complementary feeding in child survival, growth, and development is backed by a weight of scientific evidence.

Exclusive breastfeeding until a baby is six months old and continued breastfeeding until age two is considered one of the top child survival interventions for effectiveness in preventing under-five mortality. Early initiation of breastfeeding also reduces the risk of neonatal and post-neonatal death and has a significant effect on reducing morbidity and mortality from diarrhea and pneumonia, two of the leading causes of child mortality in developing countries.

In some of the contexts where we work, particularly emergency contexts, breastfeeding practices may be disrupted. These may be due to misconceptions that women are unable to breastfeed in emergencies due to stress or trauma, or that women may be unable to breastfeed due to a lack of food for themselves. These misconceptions can be conveyed by a number of different individuals and can result in the undermining of locally-established breastfeeding practices. In addition, there may also be a number of culturally-specific customs and beliefs that influence care practices, including breastfeeding.

The misconceptions around the inability of women to breastfeed in emergencies, along with a sometimes well-intentioned belief that infant formula is an essential commodity in a humanitarian response, often leads to large quantities of breastmilk substitutes (BMS) and feeding equipment being donated and distributed in emergency contexts. Unfortunately this disrupts local breastfeeding practices. In emergency contexts the risks associated with not breastfeeding are multiplied due to the lack of water, the contamination of existing water sources, the difficulties in sterilizing bottles and teats, and lack of supporting resources such as fuel, cleaning equipment, cooking pots and refrigeration. This can significantly endanger infant and young children’s health.

At Action Against Hunger we aim to protect, promote, and support breastfeeding and appropriate infant and young child feeding in emergencies. We provide breastfeeding counselling, psychosocial and nutritional support to mothers in emergency contexts to support them to continue breastfeeding their children.

In a number of contexts where we work, particularly sub-Saharan Africa and southeast Asia, breastfeeding is a cultural norm. Breastfeeding is traditionally practiced however exclusive breastfeeding rates are often low. Young infants are often given water, food, or traditional medicines in addition to breastmilk. In the contexts where we work providing additional liquids or food, besides breastmilk, to a child under six months old is a major cause of infant morbidity (particularly diarrhea). Low levels of exclusive breastfeeding are a major contributor to the high rates of child morbidity and mortality  in sub-Saharan Africa and southeast Asia.

I love this! I'm glad you guys got to connect. Thanks for sharing such good information!