My two older children have always been decent sleepers. They both went through many periods of night waking the first year of life but I consider those normal. Once I accepted that a baby does not need to 'sleep through the night' at four months I got over wake ups and worked towards routine, consistency, and dealing with night wake ups the best way to get all of us the most sleep. This worked well and around a year old both of my children slept through all night most nights for years. Yes years!

My four year old has always been great about going to bed, sleeping all night and waking around 7-8. It was awesome. My two year old has always been a little more wakeful. He had a moment right when he turned two where he was waking up all night after sleeping through for a year. I attributed it two year molars and normal sleep regression. Basically, I try to take the attitude that sleep is not a linear goal to be achieved but something that will fluctuate based on life at the moment, illness, growth spurts, and other issues.

But.. then my daughter started waking around 4-5 AM every morning. And my attitude to this was UH NO! We aren't starting our day at 4:30 every day. This started weeks before my baby was born and I was trying to squeeze in last minute third trimester sleep. It continued once I brought my baby home and let me tell you it's not fun to be up with a newborn most of the night, then have your toddlers start their day at the crack of dawn.

I believe it started due to my daughter waking to use the potty around this time. I have been encouraging her to use the toilet as needed, including at night time, and then she started waking to go and roaming the house. Even with gates separating certain parts of the house she was causing trouble. She was waking me, she was waking my son, and then everyone was up and our day was starting at 5. Again, NO.. I became pretty desperate to find a solution to keep her in bed, or at least go back to bed after waking.

Enter the toddler wakeup clock. I had heard of these but was skeptical that she would pay any attention to it. And, even if she did I didn't see my strong willed daughter being motivated to follow it. A wakeup clock is a clock that turns a certain color when your child may wakeup and leave the room. You can set the time for whenever you prefer, there are other features like an alarm and nightlight too. And, it's a regular clock the rest of the time so it helps them learn to tell time. Sounds like a winner right? But, would my daughter follow it?

I decided to institute a reward system. I had already been using one for potty training but we did not need it anymore so it switched to the wakeup clock. I wrote about my potty charts awhile back. You can see the tutorial here.

I switched the potty charts to wakeup clock charts. Every day they stay in bed till the clock turns green (our wakeup color) they get a sticker. Once the chart is full of stickers they get a prize (a small toy or book). Since my daughter was having the issue I started with her but quickly bought my son a clock too and gave him a chart as well. They are like two peas in a pod so whatever one does the other follows. I figured this was a good habit for both children to learn and of course he wanted a clock just like his sisters.

So far, this wakeup clock thing is working pretty well. She actually waited the first day till our set time and then ran out of her room proudly. I was impressed since I didn't even know if she was listening when I explained how it works. We have had a few setbacks but in general she wants to wait for the clock. She is still getting up to use the bathroom but then will go back to her room and wait for the clock. Which is great and what I was hoping for. I definitely did not want to limit her access to using the restroom. My son is also doing pretty well with it although I am not entirely sure he gets the concept. Either way he is staying in bed till after the green light so it's all good. 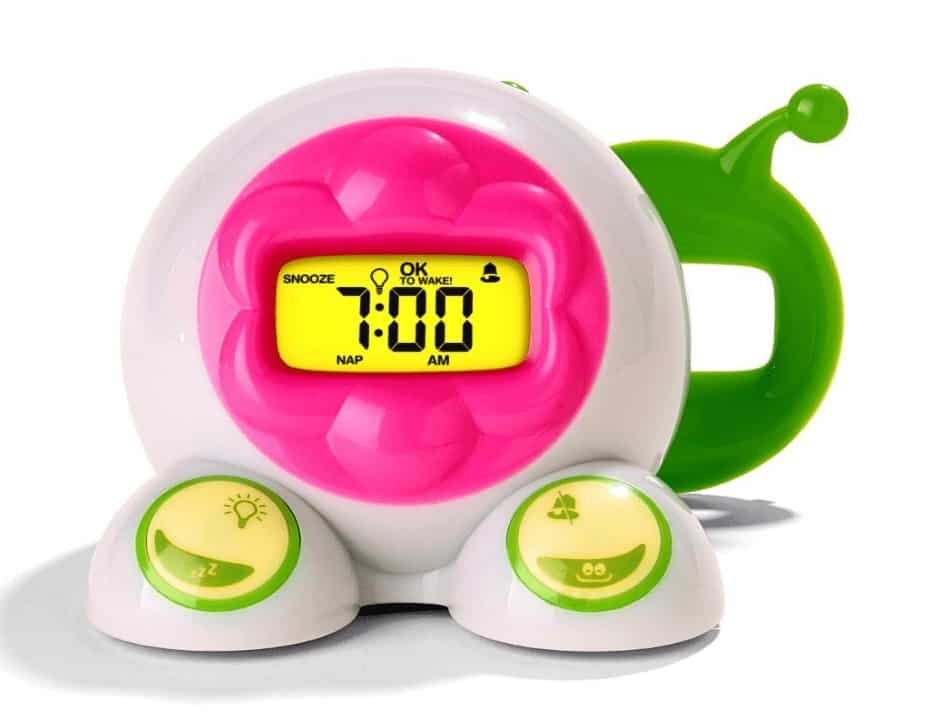 My daughter has the pink face 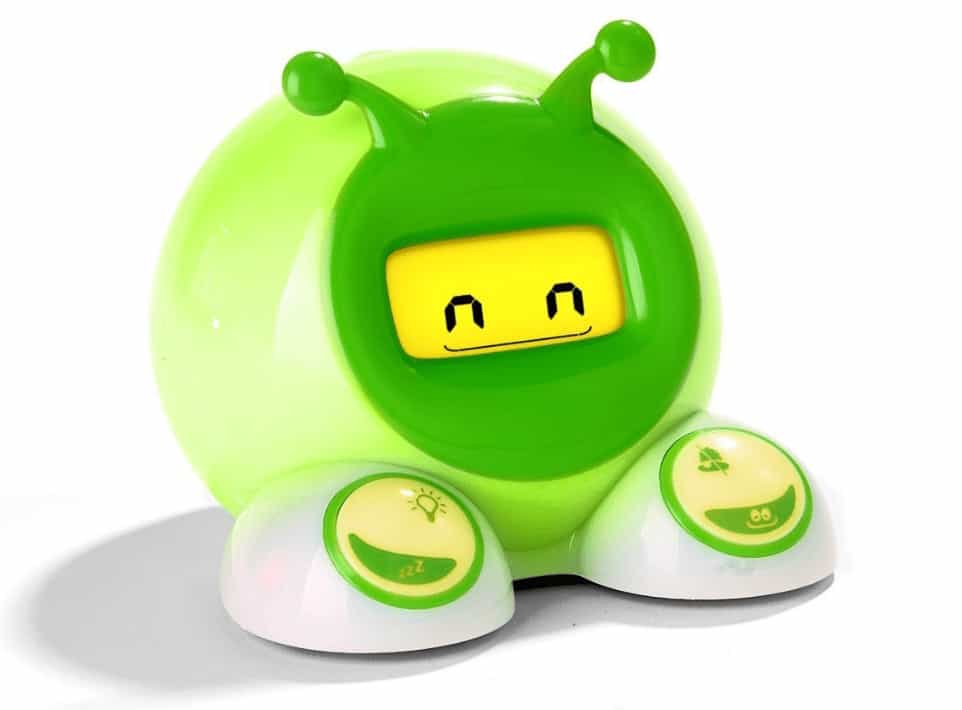 You can check out the wakeup clock here on Amazon. I read many reviews and scoured the internet before I bought these. Laying out the money for two at once felt like a lot but my kids love them and they are working. Sleep is worth it right?