I figure it's time to review my Spectra S2 double electric breast pump since my baby is 10 months old and I am barely pumping these days. I still nurse of course, but I have always preferred to breastfeed rather than pump. That said, I still received a new breast pump through insurance for my third and final baby. 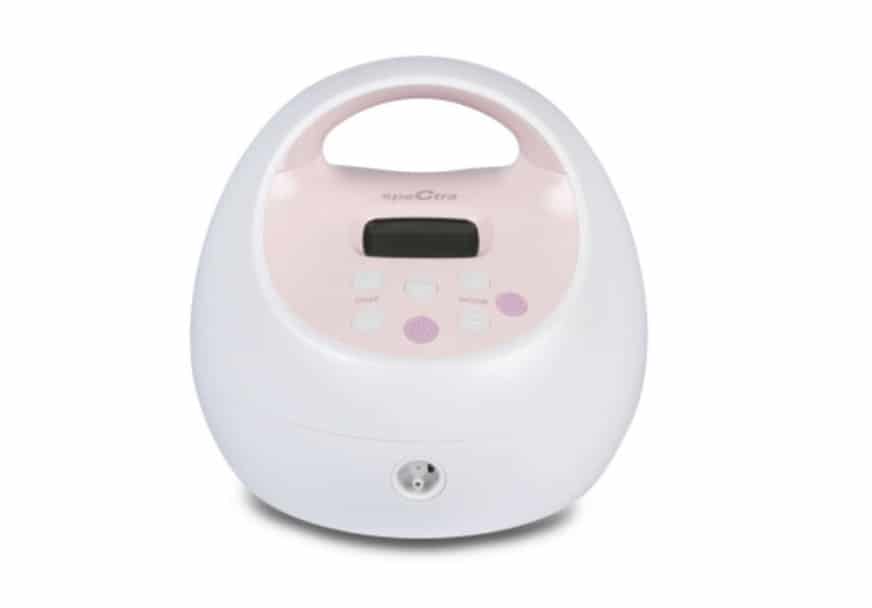 By the way if you would like to get a pump through insurance read my article on how to do so here. With the future of the ACA in jeopardy I am not sure how much longer this benefit will be available.

I previously had an Ameda Purely Yours breast pump which you can read about here. I had that pump since 2012 and used it for two babies. While I truly liked this pump, and thought it worked well while I had it, I seriously like the Spectra S2 more. Not to knock the Ameda, it's still a great pump, but the Spectra just has a few extra features, feels more modern, seems efficient, and is quieter. The Ameda may have improved since 2012 though so I would still give it a try willingly. I also have never used a Medela double electric pump (I have used their manual), so I cannot compare the S2 to them. I prefer to use closed system pumps since that means there is a physical separation between the milk and the pump. It is more hygienic. 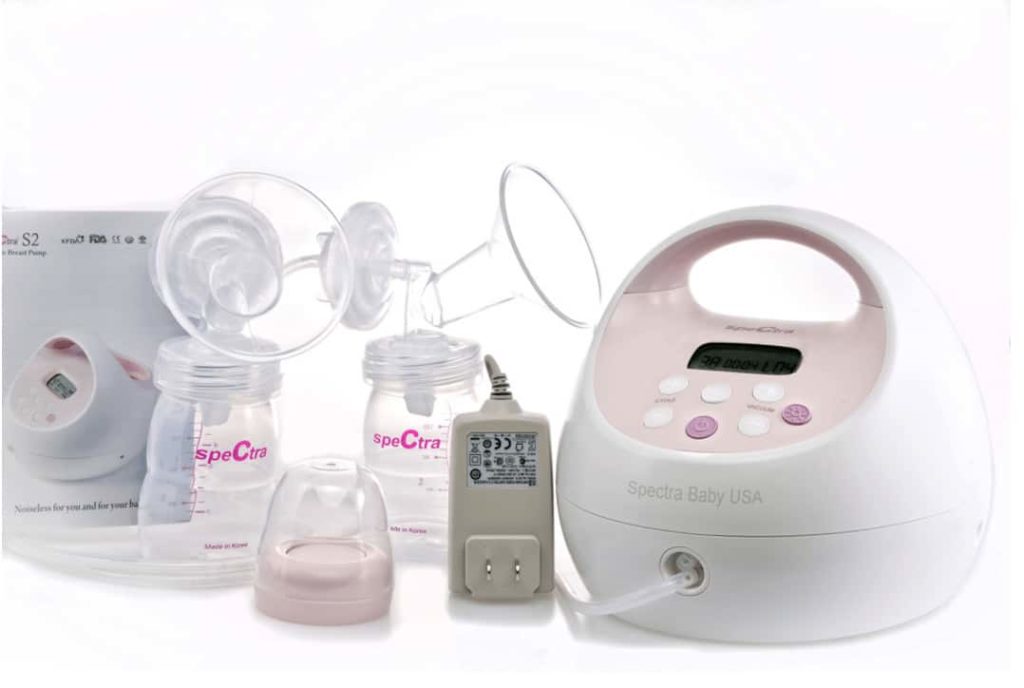 Contents show
1 Spectra S2 Features:
2 My Thoughts on the S2:
3 The Spectra S2 is an amazing and affordable double electric breast pump and can be found here.

The S2 is a closed system which means there is a physical barrier between the milk and the pump. This also protects breast milk from bacteria and moldiness while pumping. It keeps tubing dry and means no need to clean the tubing.

According to Spectra, the S2's maximum suction strength is 250mmHg. This number does not mean much to me but it may be a feature to compare. The Spectra is considered a hospital grade pump.

The S2 pump's digital touch buttons allow you to set the suction speed and cycle type (let down or regular).

There is a timer and a night light. These are such helpful features. The kind of thing you don't realize you need until you have it. I especially love the timer because many times when pumping I would not pay attention this, and here you have it telling you exactly how long you have pumped right on the pump.

The S2 can be used as a single or double pump.

The S2 is super quiet! It's much quieter than my previous pump or hospital pump I have used.

The S2 weighs less than four pounds and is powered by an AC adapter. 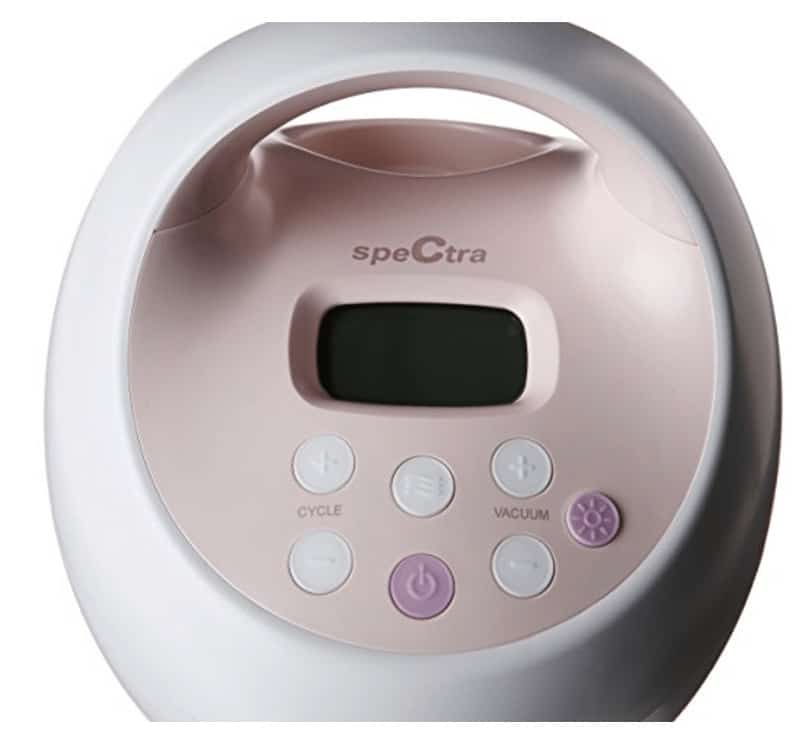 My Thoughts on the S2:

Here's what I love about this pump.. the touch buttons are super easy and intuitive to use. The timer is a bonus for tracking your pumping sessions. The nightlight is a nice touch as well although I do not pump at night I could see it being helpful for middle of the night pumping sessions. I found this pump easy to clean and store. And of course the most important part of pumping, how well does it work and is it comfortable. As far as pumping goes I found it comfortable with no pain and milk extraction was the most I have ever pumped.

The S2 may be a little bit bigger and heavier than some double electric pumps (but not much) and it still fits in a pumping bag just fine. Here I have it sticking out of a bag with plenty of room to spare. 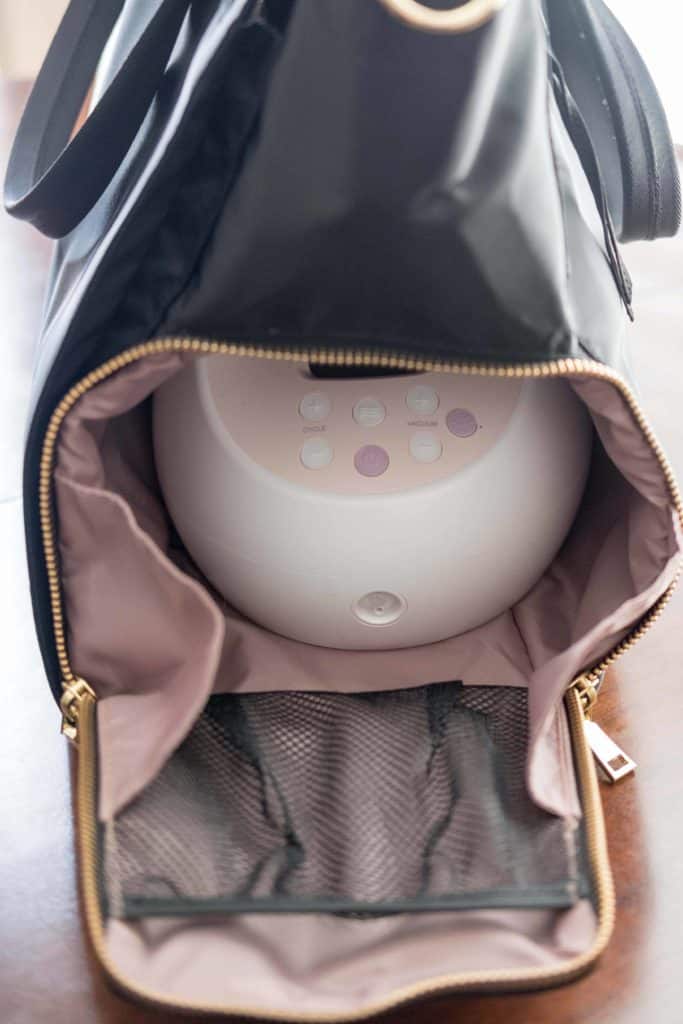 The main negative I have found for this pump is that it does not have an option for a battery which limits the portability a bit, but not really since you can find a power source in most places. If you do need a rechargeable battery take a look at the Spectra S1 for a bit more money.

The Spectra S2 is an amazing and affordable double electric breast pump and can be found here.

I love this bag, highly recommend!