If you are hoping to get pregnant and you are in the two week wait to test for pregnancy, then you definitely want to know the signs to look for.

Or maybe you are breastfeeding and not even trying to get pregnant, but you had an accident and are worried you could be pregnant. You might be wondering if breastfeeding will help prevent pregnancy.

I can say it is definitely possible to get pregnant while breastfeeding. I personally got pregnant, while still breastfeeding twice.

Since I have this experience I thought I would expand on my original post about pregnancy signs while breastfeeding. 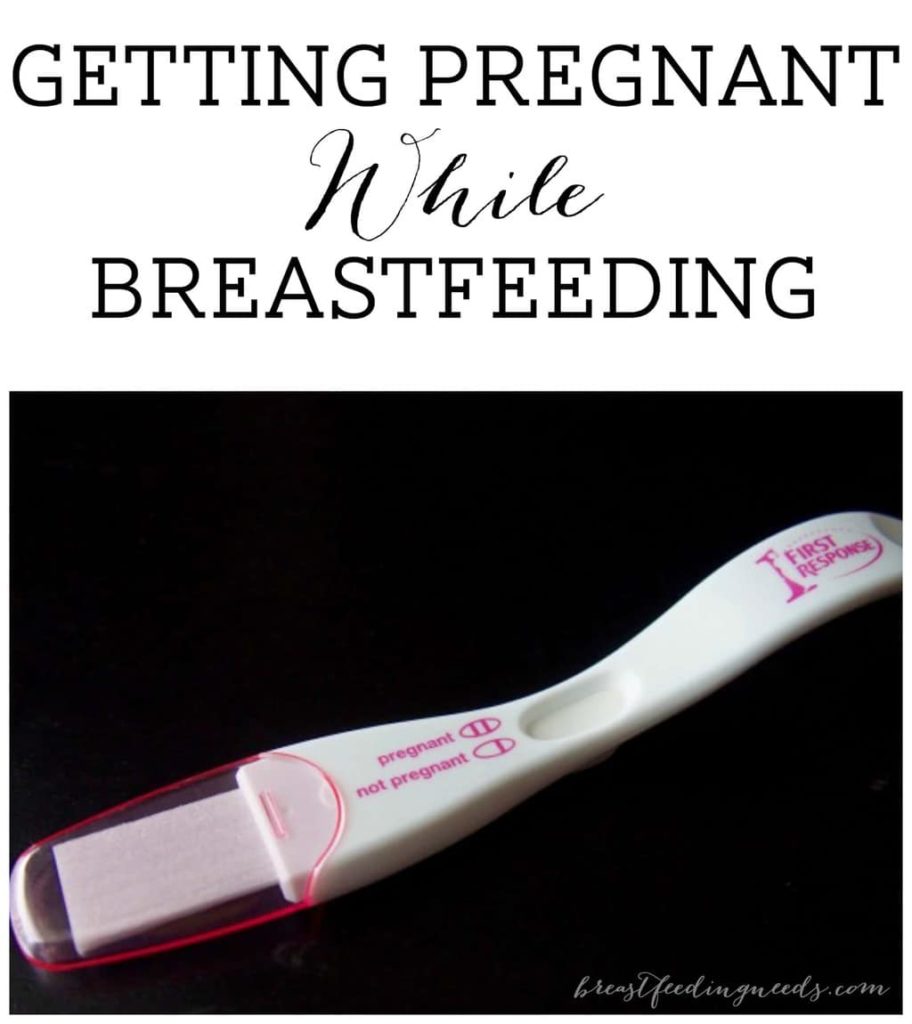 Pregnancy signs while breastfeeding are usually the same as any typical early pregnancy symptoms.

Contents show
1 COMMON SIGNS OF PREGNANCY WHILE BREASTFEEDING:
1.1 Fatigue.
1.2 Extreme or extra thirsty.
1.3 Sore breasts or nipples.
1.4 Cramping.
1.5 Nausea.
2 Later pregnancy symptoms while breastfeeding
2.1 A drop in milk supply.
2.2 A change in milk taste.
2.3 Hunger.
3 Now that I have done this twice I cannot say there is anything special I have done to increase my chances of getting pregnant while nursing.

COMMON SIGNS OF PREGNANCY WHILE BREASTFEEDING:

Here are a list of symptoms I experienced when newly pregnant while breastfeeding.

I noticed fatigue early on with my second pregnancy. During my third pregnancy I did not notice it as soon. I was breastfeeding during both pregnancies.

I definitely noticed this symptom. This may have been the earliest and most noticeable symptom with both of my pregnancies while breastfeeding. I am typically thirsty when nursing and even more so when pregnant!

This is a common early symptom whether breastfeeding or not. I have experienced this a ton. But, it was not super early. I am pretty sure it started after I had already missed my period.

This has been an early symptom for me with all of my pregnancies. Breastfeeding or not. I believe it's related to implantation. Of course we also cramp with our period so it's not super reliable.

This has been worse for me while breastfeeding. It did not start until after my missed period though. Probably around week 5-6.

By the time you experience these symptoms there is a good chance you will already know you are pregnant. They don't typically occur until later in the first or even second trimester.

A drop in milk supply.

Your milk supply will diminish when pregnant. I thought it would disappear altogether but I nursed throughout my third pregnancy despite it being low.

A change in milk taste.

My daughter hated the taste of my milk by the time I was 15 weeks along with my son. She then self weaned. My son on the other hand continued breastfeeding while I was pregnant with my third baby.

I am always hungry while pregnant. Is it due to breastfeeding? Maybe not entirely but nursing while pregnant does burn extra calories.

Now that I have done this twice I cannot say there is anything special I have done to increase my chances of getting pregnant while nursing.

The main difference for me was that my cycles were all over the place a bit more while breastfeeding. To counter this and up your chances of pregnancy I recommend using an app that will help pinpoint ovulation. I recommend this even if you are not breastfeeding!

My favorites are included here:

Fertility Friend is a great app and site to help nail down ovulation. It includes charting which is recommended when seriously trying to get pregnant or avoid pregnancy.

Glow and Ovia are nice apps with calendars that are easy to use to track your period and ovulation.

If you are trying to get pregnant another MUST HAVE product is an OPK. I am sure you know what those are, but if not, they are ovulation predictor kits. They measure the LH hormone surge that usually occurs before ovulation.

Since OPKs at the store can be ridiculously expensive for something you want to take multiple times a cycle I recommend these cheap ones.

These show two dark lines to indicate they are positive (like a pregnancy test). They can be a little tricky to read in that sometimes you may wonder if the line is dark enough to be positive. 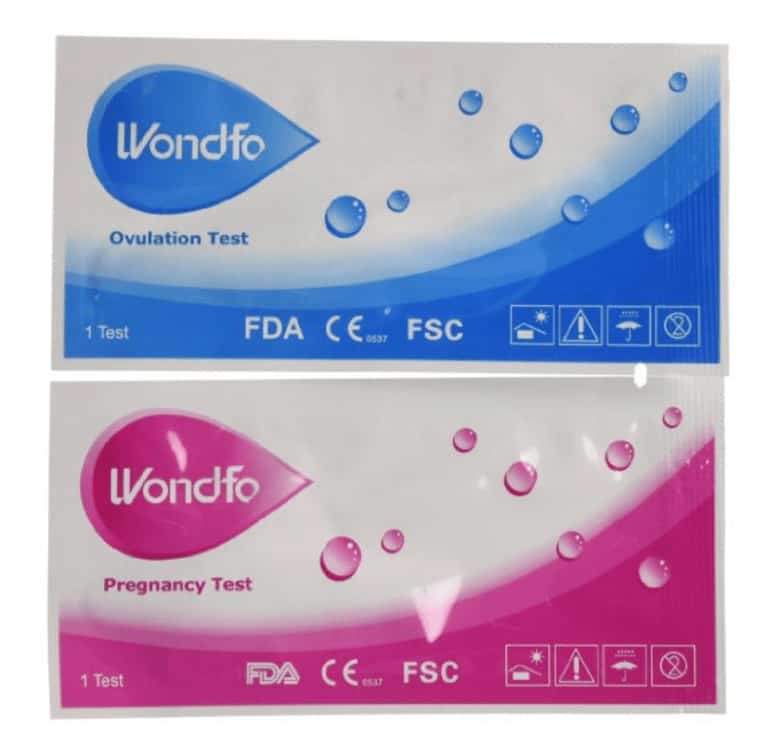 If you are willing to spend a bit more the Clear Blue OPK is no fail since it uses a smiley face instead of two lines to let you know it's positive. 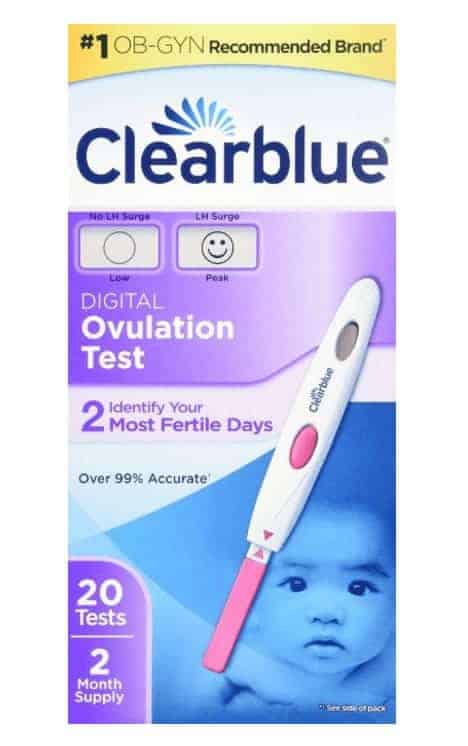 I could go on and on about OPK's and how helpful they are in getting pregnant. In fact I believe I will dedicate an entire post to them since it is an interesting subject (for those trying to get pregnant ha).

I hope this post helps expand on my pregnancy signs while breastfeeding article. As always please let me know if you have any questions or comments!

My cycles are back while I'm breastfeeding and I've been taking the OPK every day for the last 4 days and it's been positive all 4 days. Is this normal while breastfeeding?

Hi. My name is Nicole.

I want to have another kid. But I have 10 months old daughter and breastfeeding. So I’m struggling to get pregnant. So how can I get pregnant or conceive my fertility back ? While I’m breastfeeding. I haven’t got period returning. So please help me ?

If your period has not returned it is definitely a lot harder to get pregnant. Hopefully around the 1 year mark for your baby you can stretch out breastfeedings more to get it to return. Sometimes stopping night feeds helps.

I was noticing on your introduction that you have 7 years of experience with breastfeeding between your three children; what an accomplishment! It's so wonderful you have been able to not only breastfeed all of your children, but also get pregnant while breastfeeding.

While I know that many women do conceive while breastfeeding (of which you are an example), it can be a difficult process for a lot of moms and I am one of those. It can depend on how often you are nursing and other various factors, but ultimately, every woman's body is different and each woman's fertility will respond differently to breastfeeding.

My feritility returned very gradually over an 8-month period following the sudden day-weaning of my toddler and it was an agonizing process that caused a lot of distress for me. I wrote a post with my full experience (https://mamarissa.com/trying-to-conceive-while-breastfeeding/) because I found so little info on the topic when I was going through it. I want other women to have access to another mama's story who struggled to conceive while breastfeeding.

It's an interesting topic for sure. I'm so curious as to why fertility comes quickly for some breastfeeding mamas, much later for others, and not at all for still others. It is quite amazing to me what hormones are capable of ... and how unpredictable they are.

But I am truly glad and encouraged by your story of being able to conceive twice while breastfeeding. Thank you for sharing your experience.

So my son is 9 months old, and my husband and I are wanting to try for baby number two. My periods have come back, but are inconsistant. (Like every 2-3 months instead of every month)

Since my periods are all over the place, can the type of mucus still be a determining factor of fertility?

This week i had egg-white mucus. So im wondering if there is a possibility of me being pregnant?

I would use ovulation predictor tests to try and figure out if and when you are ovulating. The mucus can still be a factor but it's hard to know for sure since your period is inconsistent. Mine was inconsistent too for a few months. I used OPKs and that helped me. Good luck!

Also chills and consideration. Thanks a lot

Also chills and constipation. Thanks a lot