Before I was a parent I heard many opinions about breastfeeding and I never gave it any critical thought. I did not have an opinion of my own because it didn't interest me. I used to hear people say "I don't mind breastfeeding, unless they are old enough to ask for it." Within the many opinions and thoughts society has about breastfeeding this is one we hear over and over again. And I thought it sounded pretty reasonable. If a kid can drink out a cup, or eat and has teeth, why do they need to nurse? This thought was based on my own ignorance though. My lack of interest or education in breastfeeding led me to go along with other opinions because I didn't know better. Now that I have had two babies of my own, I have plenty of opinions on breastfeeding, and I am also nursing a toddler who is old enough to ask for it. 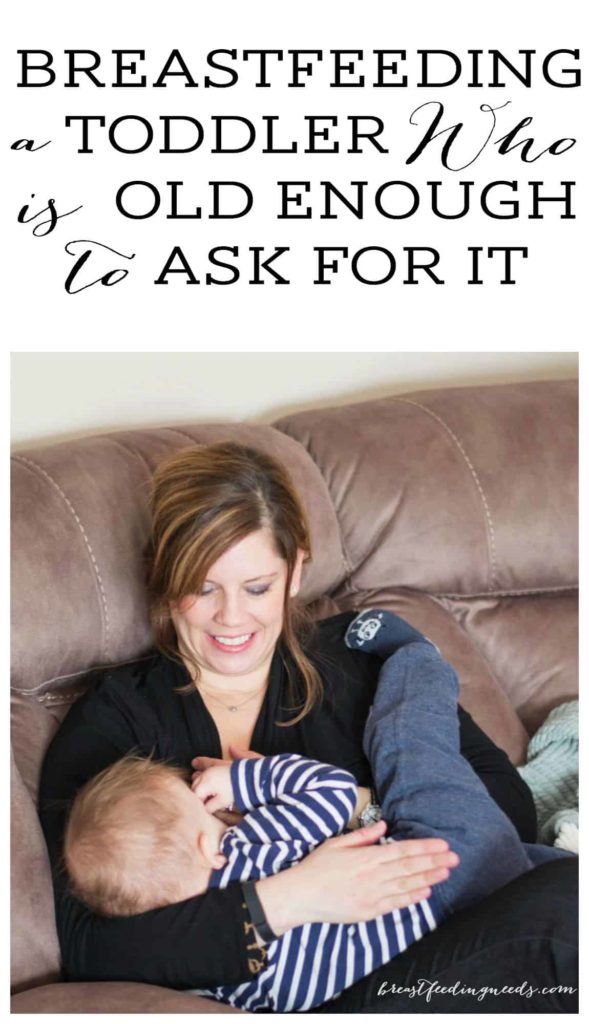 In our culture nursing past one is not the norm. This is changing of course, I know it is changing based on the toddlers I see nursing, the mothers I talk to, and the stories I read. In fact there has always been women nursing their babies who are old enough to ask for it but they probably hid it due to society's thoughts on the subject. In many countries this isn't an issue but in ours it seems to be something many feel strongly about.

Contents show
1 Here I list some of the opinions on breastfeeding heard frequently. It is pretty much guaranteed you will hear or read one of these when breastfeeding is mentioned or written about:
2 So where do these thoughts and opinions come from?
3 The truth:

Here I list some of the opinions on breastfeeding heard frequently. It is pretty much guaranteed you will hear or read one of these when breastfeeding is mentioned or written about:

Breastfeeding a child over one is not necessary and has no nutritional value. Some even think weaning should begin at six months. Why? I guess this is based on our culture's rush to herd our children toward the next stage, development and independence as quickly as possible. Or maybe it is because the baby can now eat food and get nutrients that way. Breastmilk does not lose it's nutritional value though, it remains a wonderful source of food. It's better than cow's milk and a diet of chicken nuggets and fries (the preferred diet of toddlers everywhere).

If you are nursing in public you should always cover. And if you are nursing a toddler or older? Forget about it.. for some reason this is seen as horribly offensive to others. Usually this is argued as having respect for others. Since others did not choose for you to have children, you should make sure that no one ever has to see your baby eating a meal off your breast! They don't want to see it, and looking away is too difficult. So use a cover or feed that baby in a bathroom. And if it's a toddler, just no. People don't understand the difficulties involved with covers. If it works for you great, but many babies and especially toddlers will not keep a cover over their head.

Why can't you pump and put it in a cup for your older child. Actually, people say this about newborns too when they don't want to see nursing in public. For older children there is no excuse that appeases the ignorant. Of course we know that pumping is a lot of work, and even once you pump that milk and bring it out with you, what are you going to do when your missed feeding causes your breasts to become engorged and leak?

It's weird or gross to nurse an older baby or toddler. What's weird or gross about it? Oh yeah, breasts... People are uncomfortable with breasts being used to feed babies and especially toddlers and older. They are fine with them when they are selling something, wearing a bikini or displayed in lingerie.

And of course, you will hear.. I am fine with breastfeeding, but if they are old enough to ask for it then it's time to stop. When did it become a random person's right to tell mothers when we should wean our babies? I am not sure about that one, but as I said I have been hearing this for ages. The truth is our babies are "asking for it" from the moment they are born. They are born searching for that nipple to latch on to, they show us their hunger queues as newborns, and learn to point, go towards, and reach for our breasts when they want to eat at pretty young ages. Now that my son is 21 months it has taken on a comical tone but I don't mind at all. He now asks to nurse and grabs at me when he wants. I don't mind. I try to teach him to wait when needed, but nursing still fulfills a nutritional and comfort need. He is not too old, and this is something I have realized only after becoming a parent. 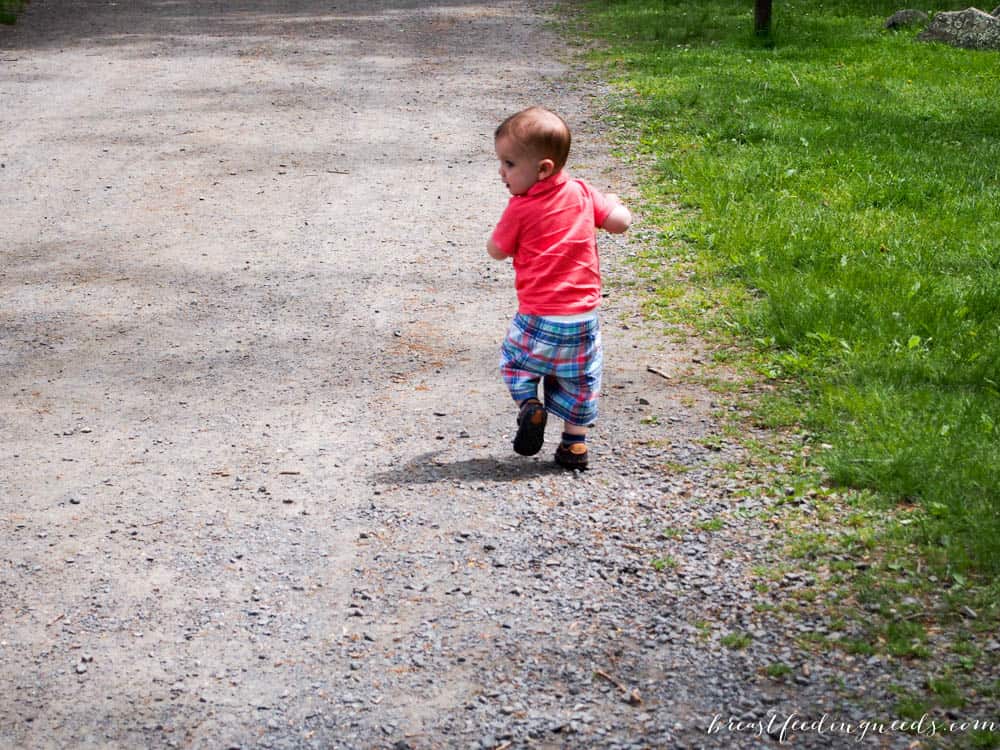 So where do these thoughts and opinions come from?

Pretty much our own discomfort with breasts being used for their real purpose of feeding. In certain Western cultures especially, breasts are seen as sexual. This is not the same everywhere, but it's prevalent here. I understand it, but that does not make a good reason for mothers to endure negative comments and opinions.

You may compare breastfeeding in public to going to the bathroom in public, or having sex in public, because those are "natural too" but IT'S NOT the same!! Nursing is not waste being eliminated, it is food. It is not a sexual organ being used. I hope when someone finds that breastfeeding makes them uncomfortable they can remember this.

Breastfeeding beyond one year is normal! The AAP recommends breastfeeding exclusively till six months, then till one, and then beyond as long as the mother and baby want. The World Health Organization recommends nursing till two at least. So yeah, that makes these toddlers old enough to ask for it, but who cares?

Many women all over the world breastfeed way beyond a year and it is completely accepted. I hope one day it will be this way in my own country and culture. I know many breastfeeding advocates are working hard to normalize breastfeeding and this is why. Can you imagine as a parent how discouraging it is to hear the thoughts and opinions above? And, that is only a small sample. When it comes to parenting people do not hold their thoughts back at all. We need to support mothers and offer encouragement for breastfeeding and weaning when each mother and baby are ready.

I was laughing when reading this post, what a great article. Yeah, some people will raise their eye brow knowing that I am still nursing a toddler. But most of the time, I don't really care. And I agree with you that the norm will shift, we will see more and more mothers nursing toddlers now and in the future.