When I had my first baby over six years ago (sigh..) I was extremely unprepared for the world of baby sleep. I didn't believe everything I had heard about how hard it was, or how much of a stressor it can be. But then I came home with her, and wow was that second night at home rough, right moms?

From that moment on I went crazy. Crazy googling baby sleep, crazy reading books, crazy looking for advice. She was a newborn but I knew I had to figure it out right away, how to get her to sleep! 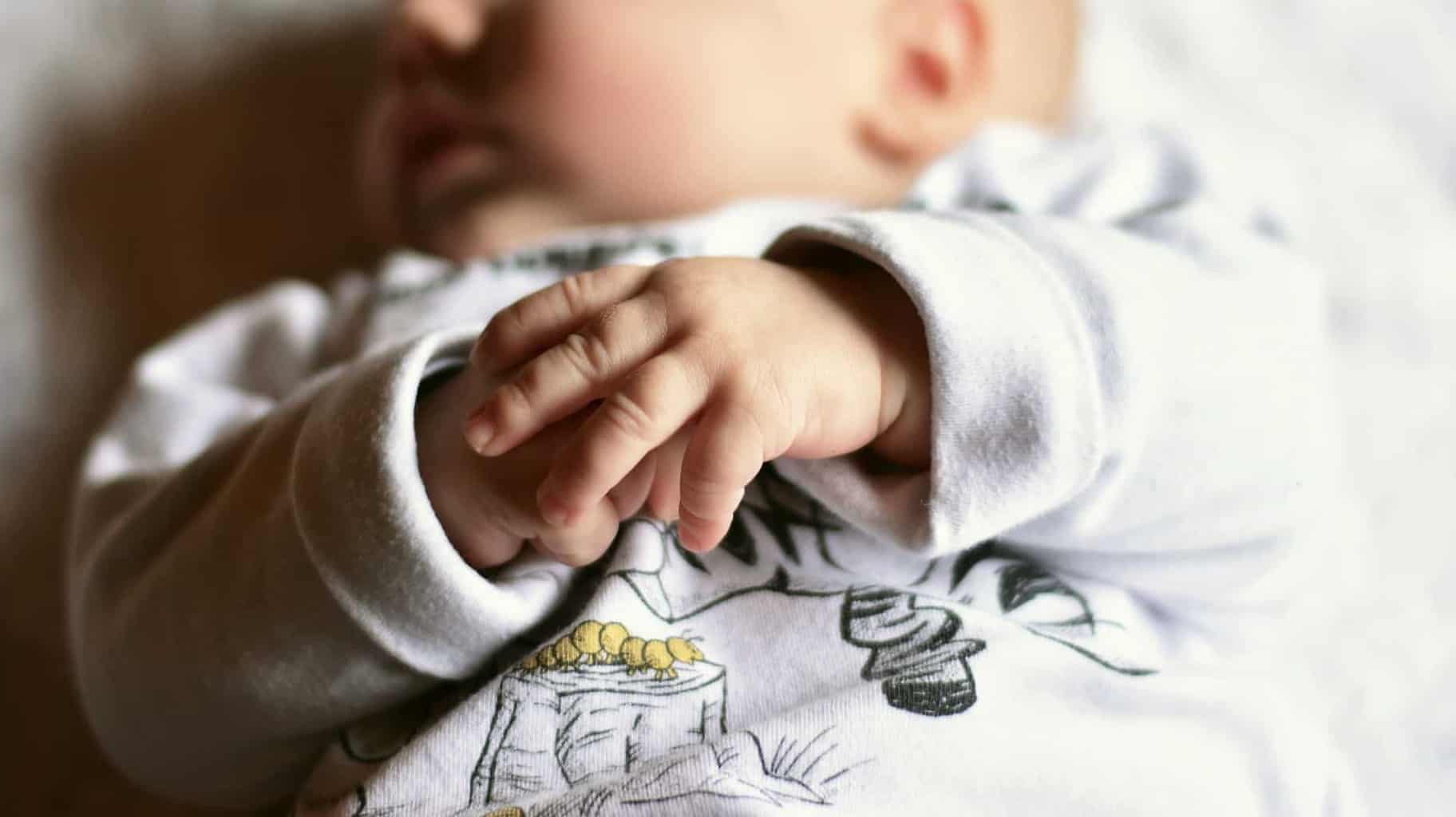 I received some book recommendations and scoured sleep websites. I read a lot. And while I do believe reading and consuming information is helpful, it can also be completely overwhelming.

Some of the information I read was really helpful, and some was downright bad and does not align with my parenting beliefs at all. Some women come into parenthood knowing who they are and how they want to raise their children but I did not. I have been learning on the go the entire time.

I did find some things that worked for me and seemed to help sleep. One of those was swaddling. Another was breastfeeding on demand and nursing to sleep. Co-sleeping in the same room also worked for me.

But the thing was, as soon as I found something that worked everything would change. Babies do not care about following rules or learning habits. They are going to do what they want.

I spent hours, and I do mean hours, reading about sleep and trying to figure it out. While we would have a good stretch of night sleep we would also have bad stretches.

And, you always think the next tactic you try is going to "fix" it. But babies are constantly changing too, having growth spurts, teething, and needing us. And, don't even get me started on naps. That was a whole other issue. How many naps pertaining to their age is a riddle to figure out.

I worried I was creating a bad habit nursing to sleep. I also worried about ever letting my baby sleep in my bed based on all the rules I read. This was six years ago and I do think there is much more information about bed sharing now which shows it's not that bad.

I worried about moving my baby out of my room in time before she got too used to it. And I really worried about nursing her in the middle of the night when I really wanted her to sleep through the night.

I spent her entire first year and a half worrying about sleep. And I never exactly figured it out. I do think there are things that worked for me, but in the end I can't say exactly what happened. I think some of it is luck and your baby's personality.

Then I had a second baby, and a third. With each child I became much more lax about the sleep "rules". With my second I kept him in my room and nursed him much longer than my first. He did continue to wake and come into my room into his second year.

With my third I was super lax. She was my last baby and I didn't care anymore. I wanted to get as much sleep as I could so she slept in my bed and in a bassinet next to my bed (a combo of the two) from the beginning.

She didn't have a bedroom so she was in our room until she was almost two and we moved into a new house with her own room. And, now she is two and she still wakes at night sometimes and comes into my room. And while I wish I could get more sleep when this occurs, I know it's temporary.

My two older children actually sleep all night in their rooms now, and rarely wake at all unless it's to use the bathroom.

So I would say sometime around baby number two I stopped trying to figure my baby's sleep out. It's a lot of stress and worrying when things are constantly changing.

Contents show
1 Now there are a few items over the years I do believe have helped me get my babies to sleep. I am going to list them here:
2 Conclusion
3 What do you think about baby and toddler sleep? Have you tried to fix it or are you like me and have mostly given up despite still keeping good habits?

Now there are a few items over the years I do believe have helped me get my babies to sleep. I am going to list them here:

There are tons of sleep books but this is one of my favorites for newborns:

The Happiest Baby on the Block

Even though I said I didn't need to figure sleep out, this book really helped me establish good habits and get my babies to sleep when they were in their first few months.

Another book I like about bed sharing if you go that route is Sweet Sleep: Nightime and Naptime Strategies for the Breastfeeding Family.

I have found that establishing some consistent habits helped me. While I say I stopped trying to figure sleep out, I did not let my children just do whatever they want. I had a night routine of bath, swaddle, reading, white noise and quiet time, and nursing.

I have kept this routine into their toddler and beyond years. So while I do not freak if they wake, or have an issue, I start each night the same way. I also made sure my babies got enough sleep during the day - naps, and an early bedtime most nights.

We'll stay up for a special occasion but in general bedtime is early here; 7 something. Getting a lot of sleep seems to help my kids sleep better.

Sometime between my first baby and last I stopped worrying about sleep excessively. I have kept consistent good habits but have stopped trying to fix or figure out night wake ups or other sleep issues.

It doesn't mean I love it when my toddler wakes up at night, or won't go to bed easily, but I figure this will pass just like it has for my other two children. And, this has been happening a lot lately with my youngest I must admit!

What do you think about baby and toddler sleep? Have you tried to fix it or are you like me and have mostly given up despite still keeping good habits?

Please let me know if you have any questions about this subject at all!

I’m breastfeeding baby number two, he was born at home and we were in my bed for his first feed half an hour after birth. I’ve coslept since the first night. He sleeps on his side between mum and dad and nurses on demand. I only fully wake when he has a big feed at 4am. I’m very conscious of him and careful and having weighed the risks associated with each method of sleeping I feel comfortable this is right for us. He’s a very contented baby and although I don’t sleep much after 4am, I’m not too sleep deprived which is amazing as he’s only two months old.