When my daughter was nearing her first birthday I suddenly had a desire to add another baby to our family. Was I just feeling sentimental that her first year had flown by, or did I really want my babies close in age?

Well, in my case I definitely was feeling the pressure to go for it again since I had my kids a little older (second half of my thirties). I have since found that there are many wonderful things about having your kids close together. There are also some negatives too, but I think overall the good definitely outweighs the bad!

My daughter was 21 months when my son came along. I wrote about juggling a newborn and toddler here and wanted to expand on that a bit. 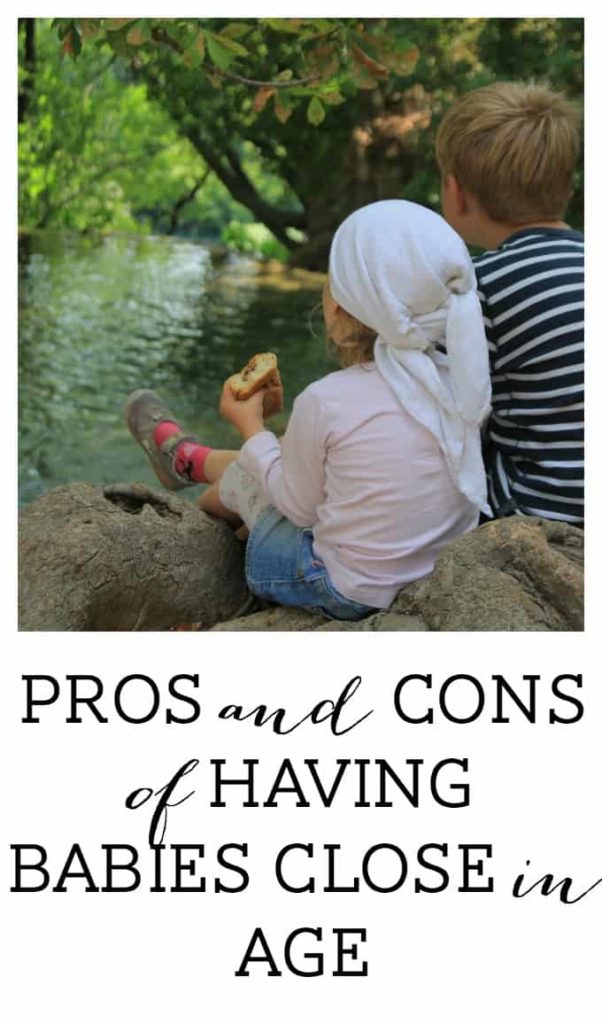 Contents show
1 Some pros to having kids close in age:
2 And some of the cons..
3 Conclusion

Some pros to having kids close in age:

As hard as it was being pregnant with a newly mobile toddler, it also made taking naps easy, I napped when she napped, and she's not going to remember my pregnancy or feel like it took anything away from her.

I was already in the diaper stage so why not add to the chaos? Sometimes it's hard to go back after being out of that stage already. I figured it would be nice to get that stage of life over at the same time.

The house is super baby proofed already and all the baby gear is still lying around...Not to mention you probably still have all the baby clothes and other items you need already.

Now, when my son first came home my daughter couldn't care less about him. But, now.. wow built in playmate for life! Watching them interact and play together gives me so much joy and they have so much fun together.

They entertain each other. Everyone kept telling me this when I was pregnant, and it is true! Sure, they fight sometimes, but they are learning to work it out on their own. They are learning basic skills like sharing together without much input from me.

Juggling their naps was not always easy, but for a brief wonderful period of time I had my baby's second nap lined up with my toddler daughter's only nap of the afternoon. This gave me a nice two hour period of time to myself each day. That's gone now.. she is dropping the nap, and he is down to one, but it was nice while it lasted.

Since my kids are so close in age I have not had to worry about school activities, or carpooling taking up our time. We spent their first few years doing fun stuff together without a schedule to adhere to.

And some of the cons..

You are tired! Being pregnant while chasing a toddler around was tiring. And having a newborn and a toddler who wakes early was also tiring. But that is part of the reason why I wanted my kids close together, to get it over with.

During my pregnancy I sometimes felt badly that I could not do as much physical activity with my rambunctious daughter.

You may end up weaning from breastfeeding sooner. This is not a con for everyone but it was for me. I did not want to wean my daughter. After being told to stop breastfeeding when I got pregnant (incorrect advice!) she then ended up weaning on her own a couple of months into my pregnancy. I was very sad about it but happy to know I was going to breastfeed another baby soon.

Juggling two young babies can be difficult. And, then they become two young toddlers. I wrote about it and no doubt this was the hardest part for me when adding a second baby to our home.

The naps do not always line up. Sure, I wrote about when they do line up above, but this did not last forever. Most of the time I am juggling one or the other.

For families where the children have a larger age difference I have heard that the older child can be very helpful with the baby. The older child may also be in school which gives you time to rest and bond with your baby.

It is physically demanding caring for two needy babies or toddlers compared to an older child. Little things like getting them in and out of the car, into strollers, up and down stairs, and helping them get dressed. It is a little easier as they get more independent and self sufficient but there is a lot of carrying involved!

It is also extremely intense. Not in the way you may think, but it is exhausting to always be thinking about the needs and demands of your babies and juggling two pretty helpless little ones, changing diapers, rocking someone, feeding someone, and dealing with naps, and tantrums times two.

These are just some of the reasons having kids close in age is pretty great. And, of course some of the cons. There are many more reasons for and against it, I am sure.

Despite the cons, I love the way it has worked out. It's all I know and for me it's been great. Please tell me, what do you think? Did you have children close in age? 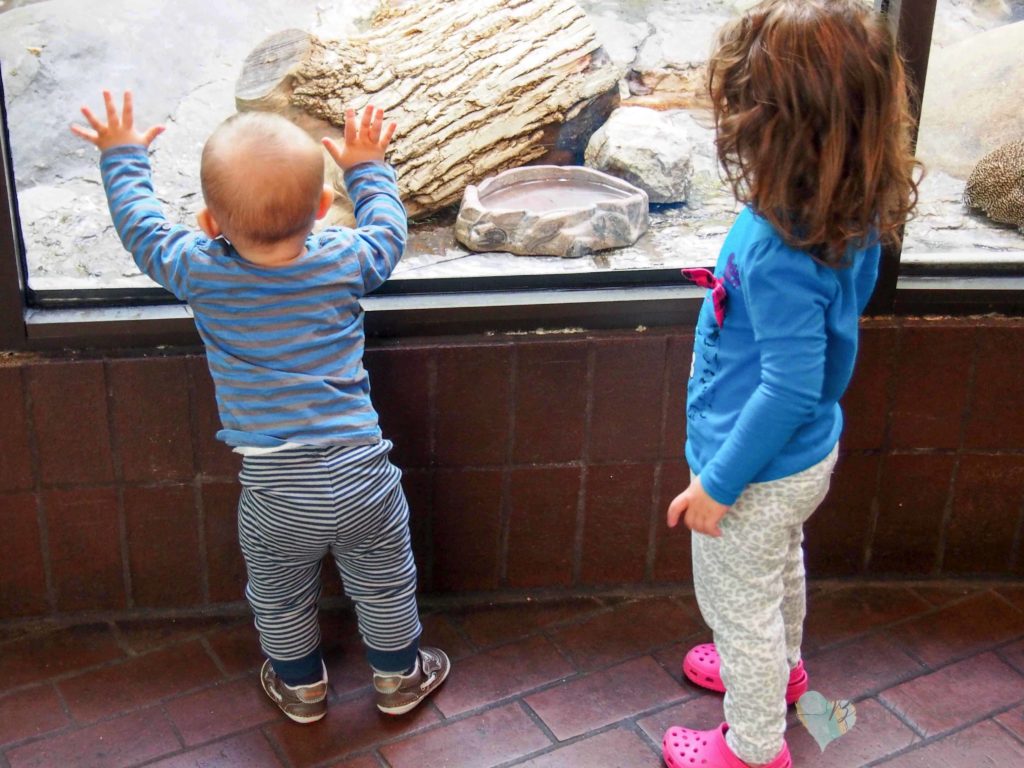 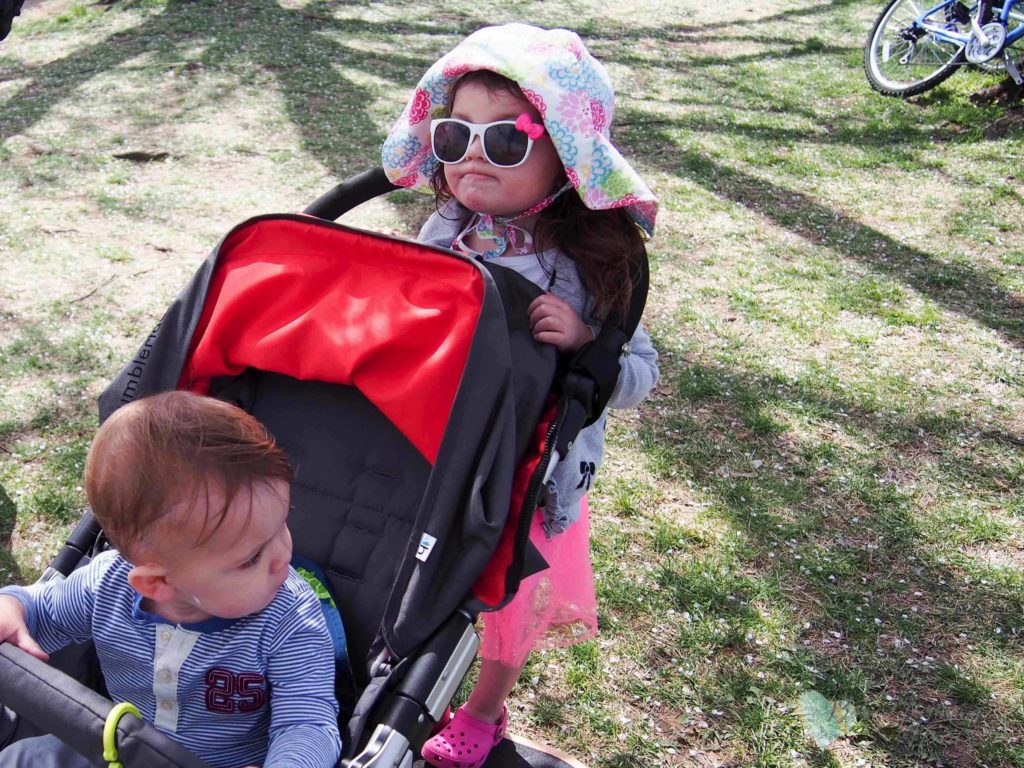 Thank you so much for your this! I have a 21 month old son and a baby girl due in 2 weeks. Needless to say I'm pretty nervous about juggling two small children. Chasing the toddler around while pregnant hasn't been nearly as hard as I anticipated. Hopefully neither will having a newborn and a toddler. But then when is being a mother easy? Thanks again for your truthful and hopeful post.

Hi Kelli, Good luck with your birth and baby! My oldest was 21 months when my second was born and it has worked out wonderfully :) They are best friends and so close now at three and five. Of course there was an adjustment period but it was worth it. The biggest issue I had was guilt, I felt like I was taking something away from my first. I think it's just hard when we know our first will never be the only child anymore, so work through the emotions but trust me it will be amazing! I have three now and that's amazing too in a different way :)

There are definitely pros and cons to both situations. My oldest was 5 when my second was born, but then my third was born only 21 months later. Second child always wants to do as well as first, even with the age difference, which made some things frustrating for him (and us!). But at the same time, he was always excited to teach third child how to do the things he was doing, meaning youngest was reading by age four, etc. Now that they are young adults, the middle is close to both of the others, but youngest and oldest get along ok, but aren't that close. I think personalities have a lot to do with it, too, though.

Thanks Steph! That is a really interesting perspective and you definitely experienced both!

I only have one child, but if we decide to have another, the two will be 7-8 years a part. We never really wanted to have children close in age for many of the reasons you mentioned. For us, it would have also been a financial strain. I can't imagine paying childcare for two babies!! LOL I think that everyone should do what's best for them, though. Every family is different. Your pros and cons are spot on!

I really enjoyed reading this. Ive heard both sides of the aisle from my mom friends. If it was me, especially later in life, I think I would want to have them closer together.

I enjoyed reading your post and your honesty regarding the pros and cons. For me... I knew I wasn't ready for another baby when my daughter turned one. She is now 21 months (the age of your daughter when you had your second) and am now thinking of another. I'm a little sad to know that if I do, they won't be that close in age but hopefully they will still be great playmates and friends growing up.

Hi Kristy! I am sure even a little farther apart they will be great playmates. There are definitely pros and cons. The whole time I was pregnant I felt guilty like I was taking time away from my daughter so in a way you have given her more one on one time!