Finland has been providing maternity boxes to expectant parents for over 75 years. The practice drew attention all over the world recently with a series of articles highlighting the benefit. I know I was fascinated when I read about their baby boxes. These baby boxes are provided to expectant parents and include many supplies for a new baby. The box itself can also be used as a first crib with its included mattress. This is a benefit that has been provided by Kela -Finland's Independent Social Security Institution for many years.

Well, Finland's 2015 maternity box has a focus on breastfeeding. So cool! There will not be any bottles provided in this year's box but it does include nipple cream and nursing pads. The box has a total of 54 items. Mothers can opt to take a cash maternity grant of 140 euros instead of the box but almost all opt for the box. The box is a rite of passage for many new parents and changes with the times. It has also been credited with lowering the infant mortality rates in Finland over time.

Contents show
1 A look at the contents of the 2015 Finland maternity box
2 What are some of the other items you can find in the box?

A look at the contents of the 2015 Finland maternity box 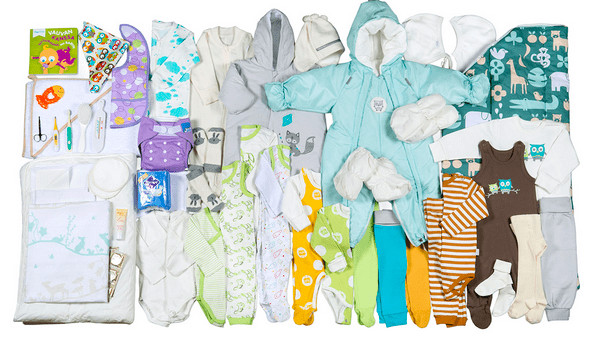 What are some of the other items you can find in the box?

A snowsuit, a sleeping bag, a quilted suit, and a wool mix suit

Many clothing items including rompers and footed sleepers, pants, tops and pajamas. All of these come in gender neutral colors and adorable patterns.

A few things for the parents including condoms, sanitary pads and of course the nursing pads and nipple cream!

A couple of bibs, a book and a toy.

And the box that holds it all can also be used as a first crib. Amazing! 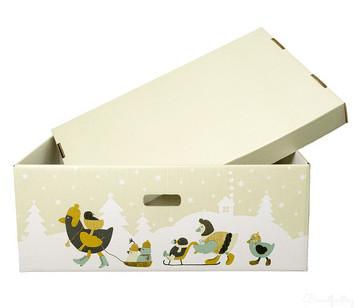 What a great benefit for expecting parents. I love that this year's box has a focus on breastfeeding. I wish we had something like this in the United States. I have heard of a few companies that make boxes like this for a fee but is it really the same as the real thing? Well, I may just have to check a few out and review them. Stay tuned!

[…] sure that it’s strong with economic assistance and job security. In Finland, for example, each new baby gets a gift box of clothes, diapers, blankets and other goodies (including condoms for the parents). The maternity […]