My baby boy celebrates his first birthday tomorrow. And I am feeling nostalgic about my baby turning one. This year has flown by. Seriously. I know everyone says that but I really can't believe it. Since he is my second baby, his first year seemed to go by much more quickly than it did with my daughter.

I'm starting to feel a little sad about it. Maybe it's because I am 99.99% sure he is our last baby. Once my little boy is past one he is entering toddlerhood. No more new baby, no more new baby first year firsts. 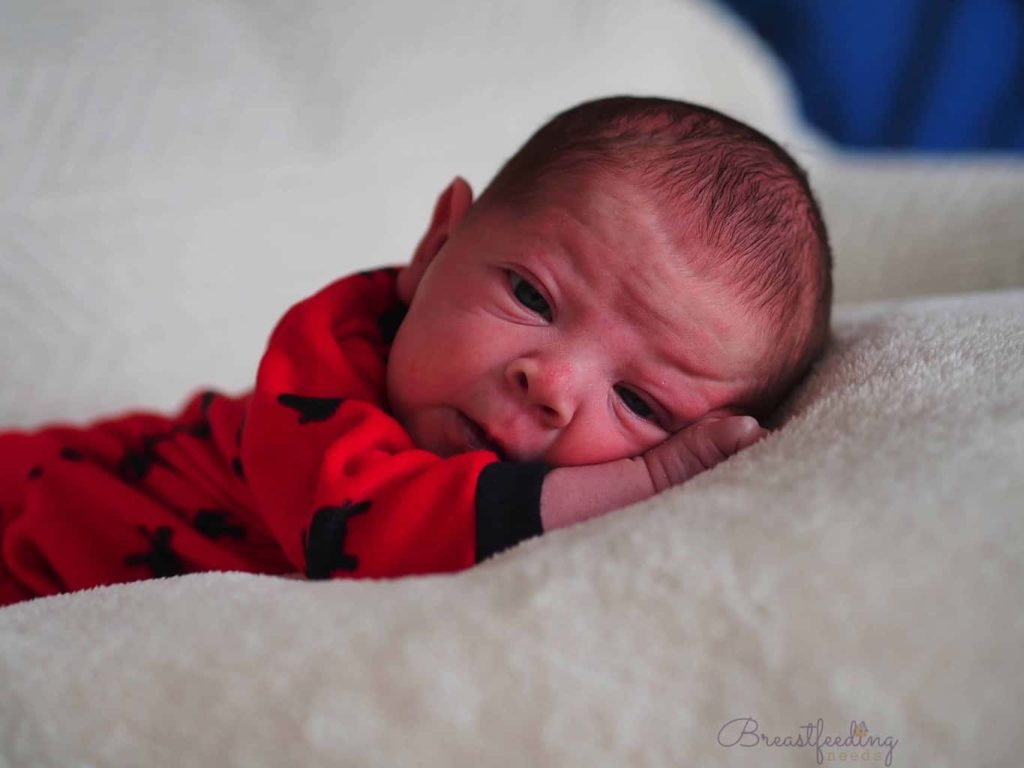 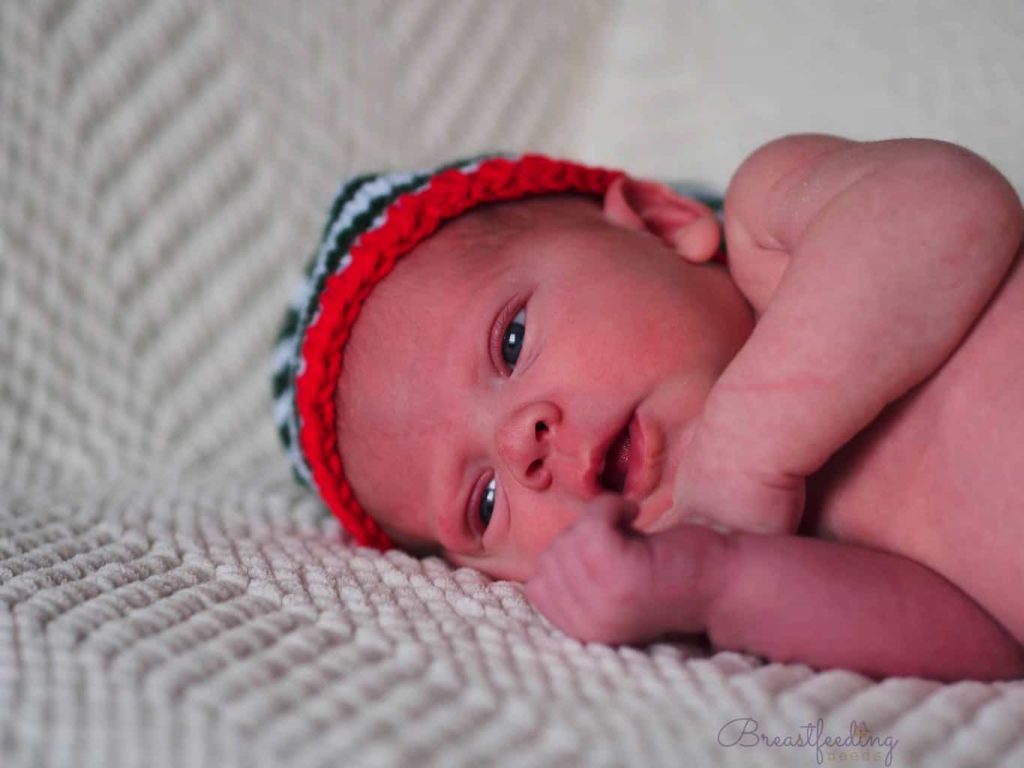 The second pregnancy was so different from the first

She weaned from breastfeeding when I was 16 weeks pregnant and I felt guilty. I was sad! Weaning combined with pregnancy hormones...not a good combo.

A few days before my son was born I took my daughter to the mall just to play and hang out. We were walking through the mall holding hands and I felt a wave of wistfulness that it wasn't going to be just the two of us anymore. It was a similar feeling to what I am feeling now about his birthday. I suppose feeling this way is just a part of motherhood.

So, I spent much of my second pregnancy feeling wistful about my daughter not being the baby anymore. Don't get me wrong I was still excited but it was different. 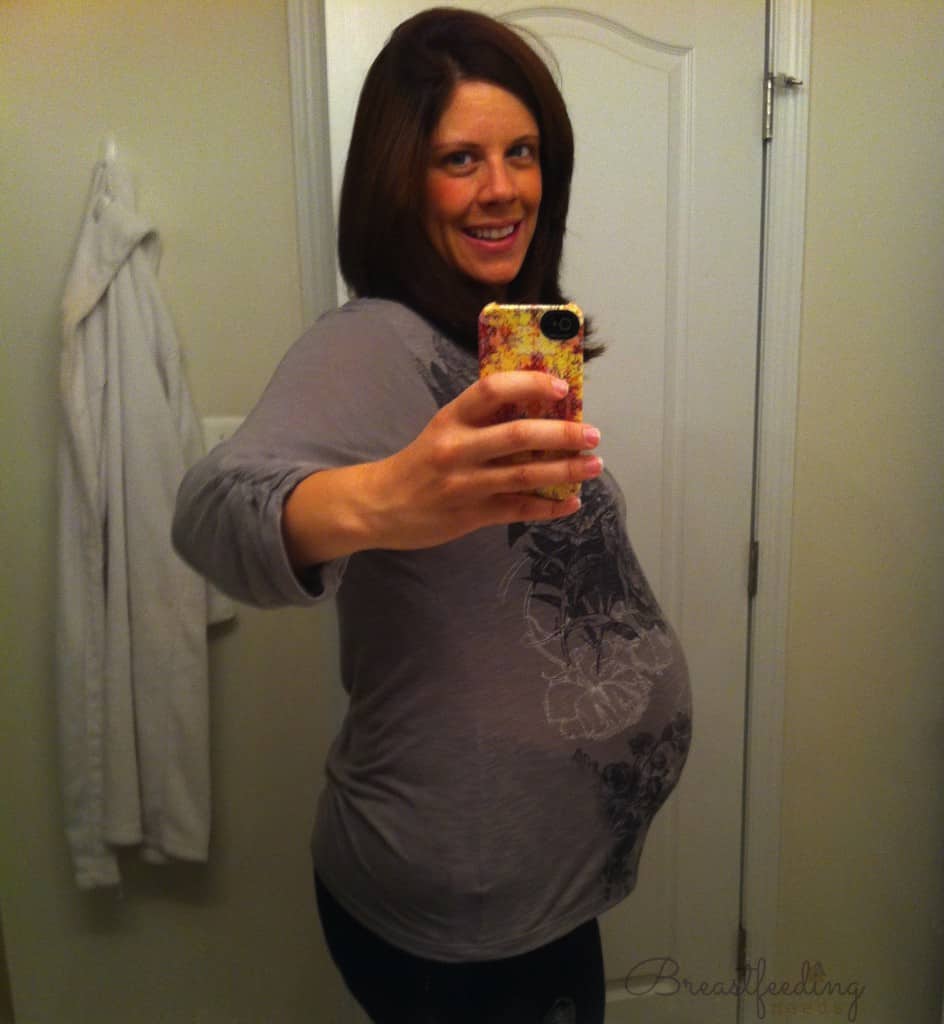 Labor and a new life

After weeks of contractions off and on my son was born very quickly. Less than two hours of labor and he was here ready or not. As soon as he was here I knew that yes, I could love a second baby as much as the first. We bonded instantly and he breastfed within minutes. It was a very different experience for me. My daughter had gone to the NICU and breastfeeding had a rocky start. My son stayed in bed with me during my entire hospital stay and breastfed like a rock star from the beginning. I loved it. 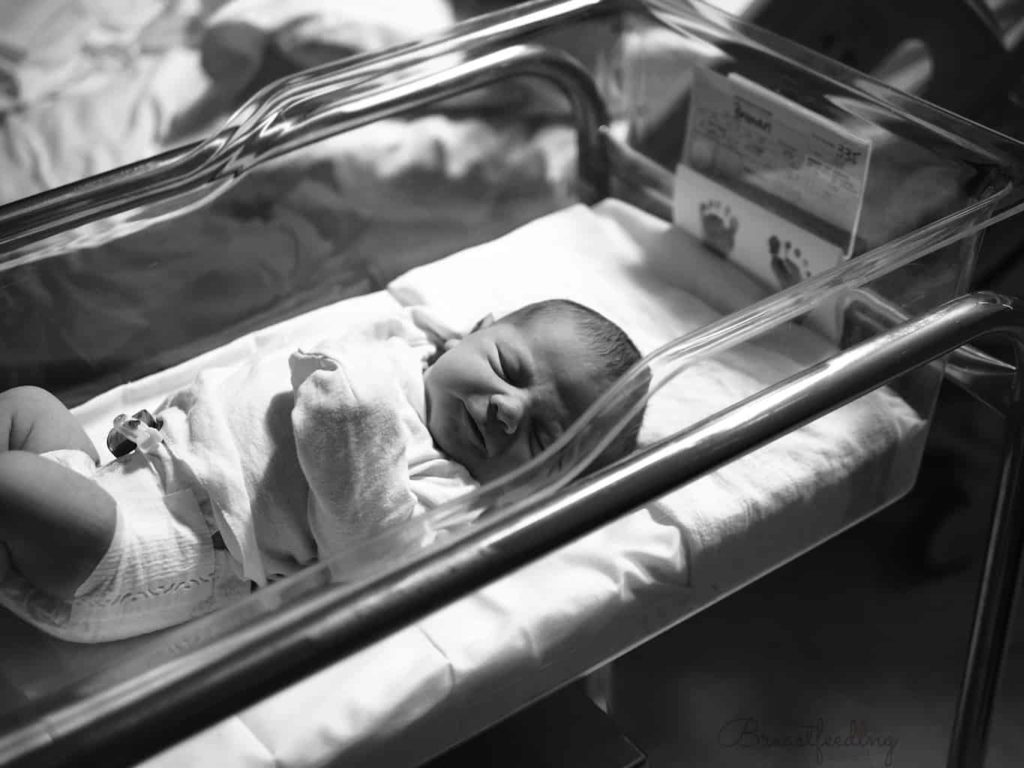 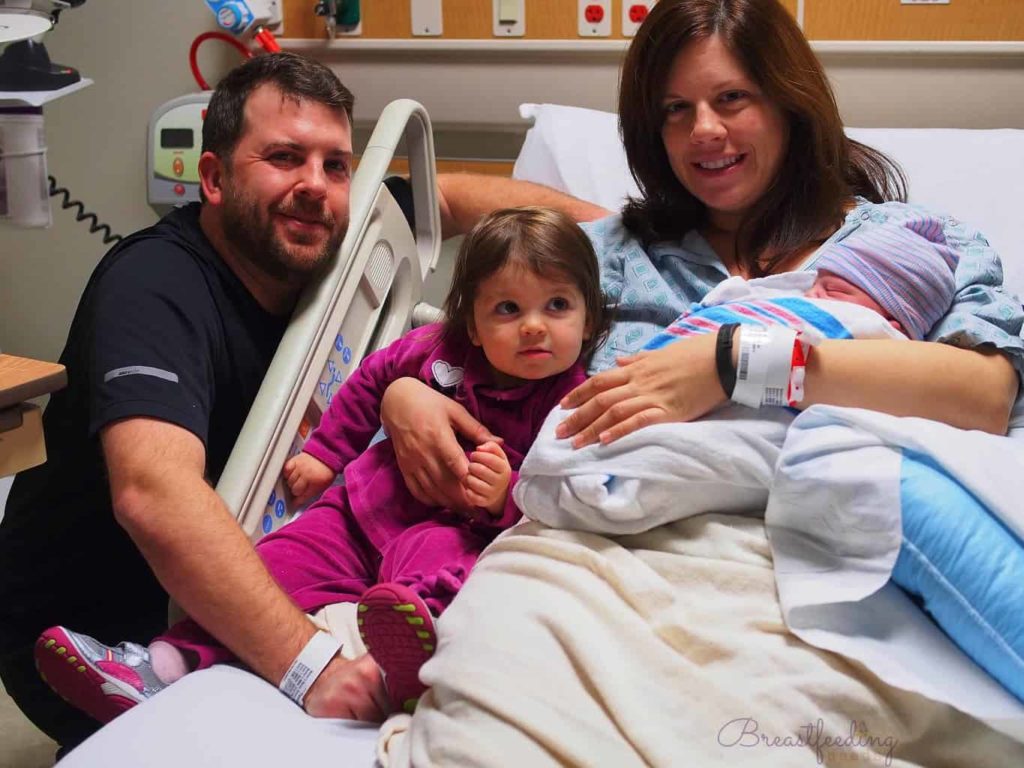 Life with a new baby was a lot easier the second time around. I still had pangs of guilt about my daughter having to share the affection now, but it went away quickly. She adjusted and although she did not give him a lot of attention in the early weeks, she also did not seem upset or bothered by him.

Now they are becoming typical siblings, fighting over things but also playing together and it's so wonderful to see. I love watching then interact.

This year has been incredible

I've had my ups and downs. I am sure I was very stressed when I was not getting enough sleep or learning how to juggle two kids and their needs. My daughter was still very much a baby when he was born, so it was rough at times. Still when I look back this has been one of the best years of my life. I love this little boy so much and I love watching my kids grow together.

He was a clingy baby who only wanted me to hold him in the early weeks. I really didn't mind, I wore him a lot in a wrap or sling so I was able to get things done.

Having my babies close together served as a good reminder of how quickly they change. I tried not to stress during the hard times (but I did!) I tried to remember it was just a phase and those phases pass. The good and the bad. 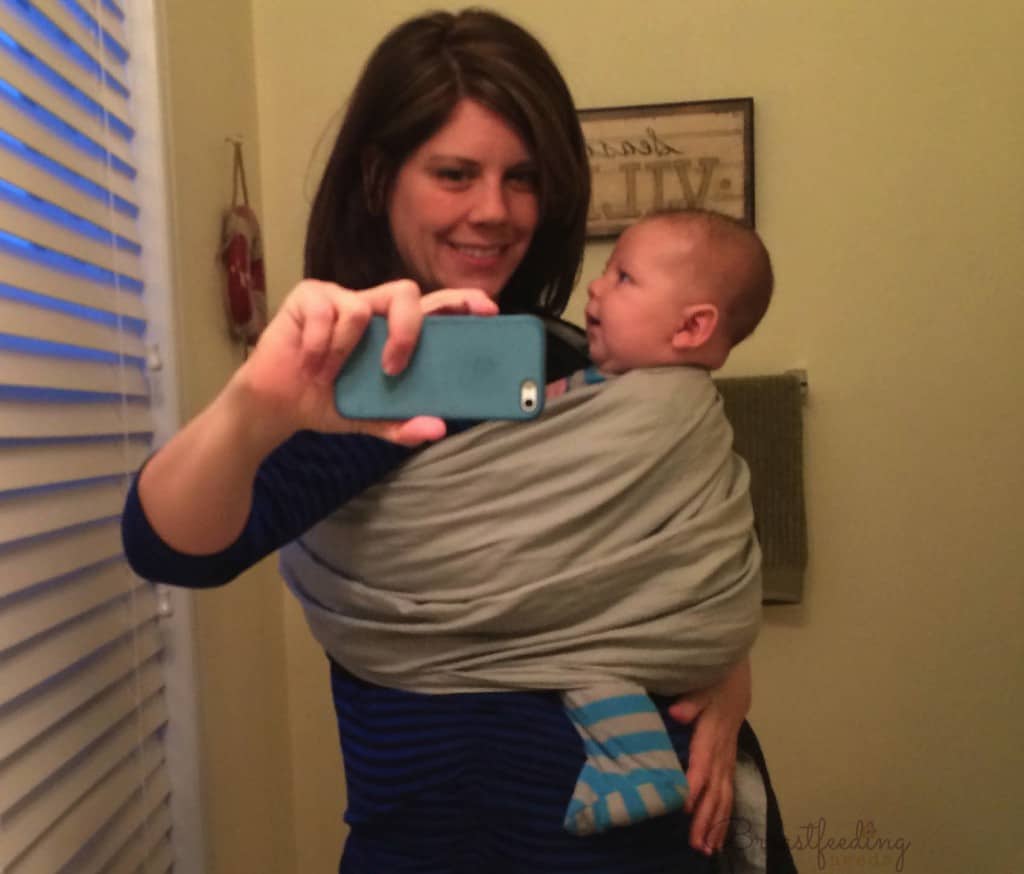 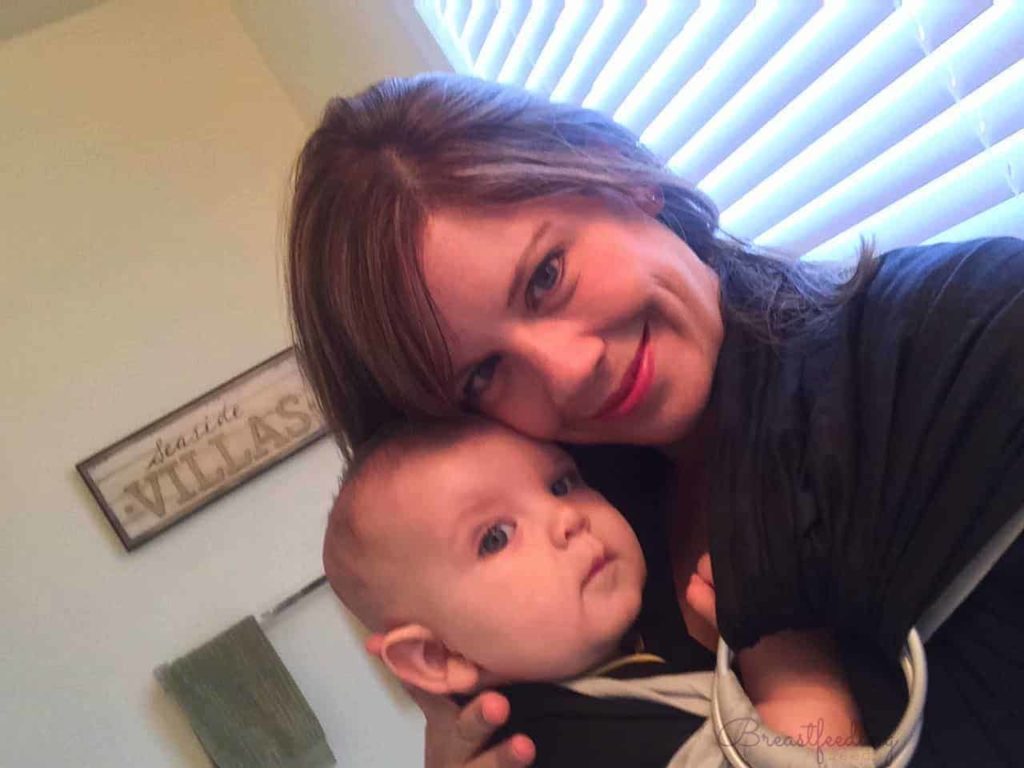 I wouldn't be a mom if I didn't have some doubts right? They are usually related to sleep and breastfeeding, go figure 🙂

I cluster fed my son in the evenings for hours and I loved it. I loved letting him sleep on me and I knew it would not last forever. But at the same time, I still worried when he wasn't on a routine as early in life as my daughter. Will this ever change? Yes, it did.

I nursed him to sleep in my bedroom and woke with him all night to nurse some more for months and months. I didn't mind, I knew it was temporary and would pass but then yes I still worried, will he ever sleep longer? Am I screwing up by nursing to sleep over and over? I usually had these doubts during sleep regressions. But they passed and it became enjoyable again. Deep down I felt it was right to nurse him to sleep no matter what. But it was hard when he waking every hour all night long. Still, it was temporary.

I kept him in my room much longer than I did with my daughter. I had the doubts again, am I keeping him in here too long? Will he ever sleep in a crib? And then the time was right and he moved easily. It was temporary. 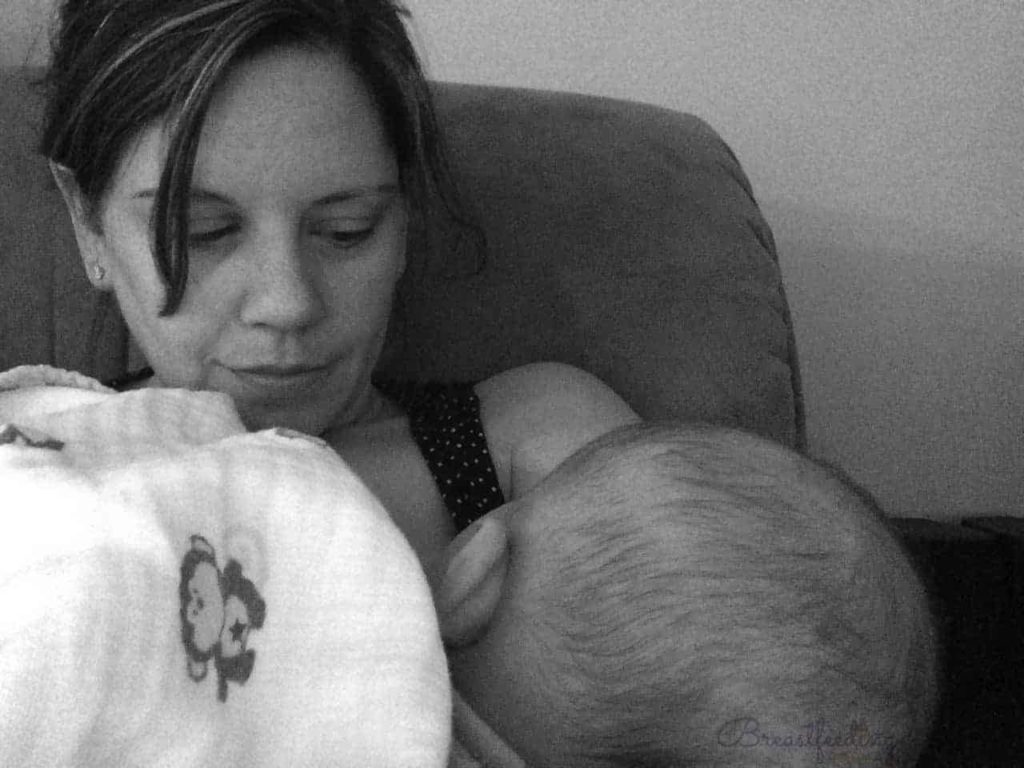 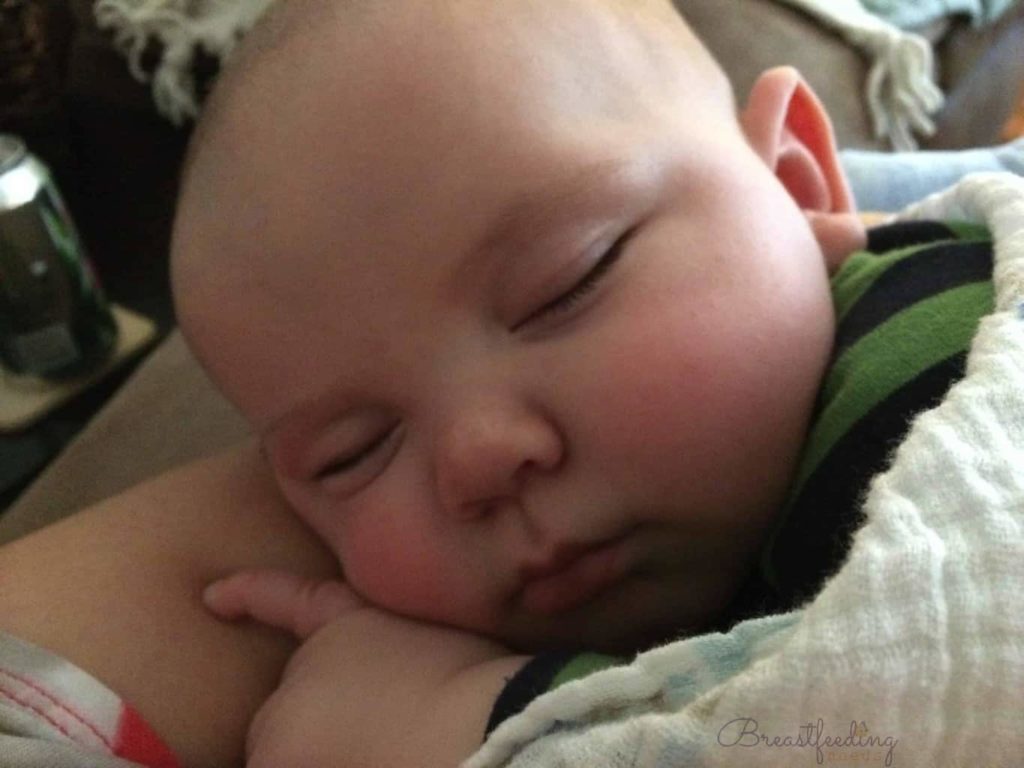 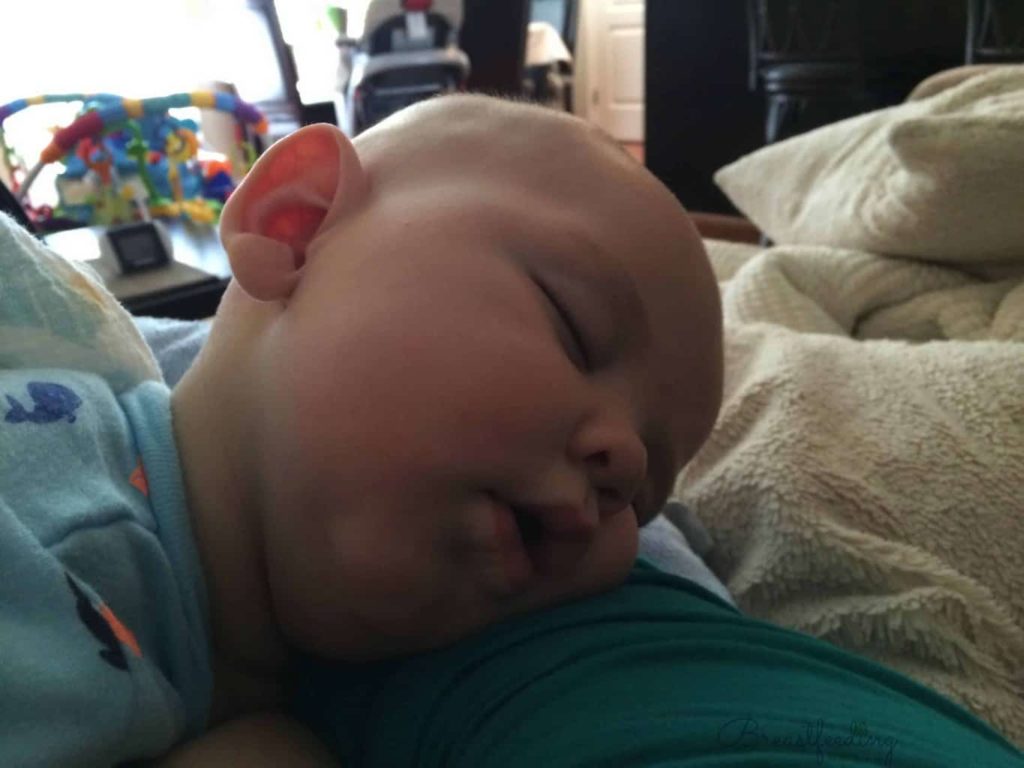 Now that a year has gone by

I have watched my son develop from a clingy baby who only wanted mommy, who cried if someone looked at him the wrong way, to the most outgoing funny little guy.

He loves everyone and smiles all the time. He is so funny...he is very active. From about three months on he wanted to keep up with his sister. He follows her everywhere and wants whatever she has. He loves to climb on her and chase her.

He is fearless, he is walking before his first birthday and has morphed from that tiny baby to almost a toddler at lighting speed. He loves to dance. When he gets a hold of something he knows he shouldn't have (usually one of his sister's crayons or other small items) he takes off while trying to hide it from us. He is very mischievous.

He also loves to eat, he will eat anything and large amounts of it. So fun to witness! 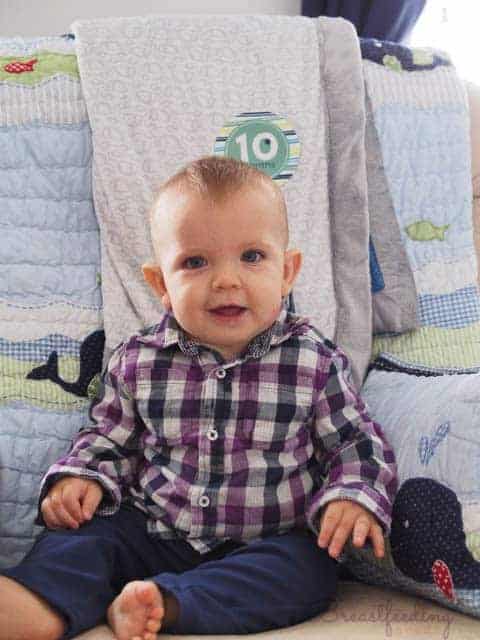 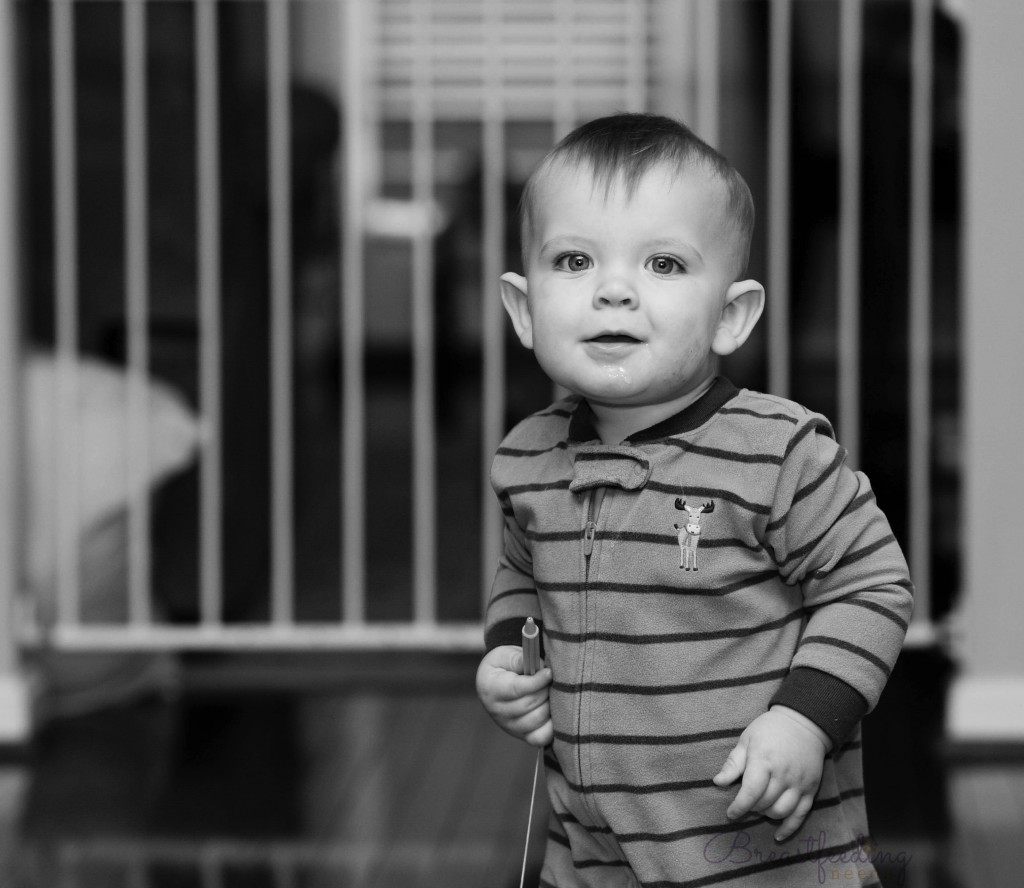 He does not stay still. The only time I still get to hold and rock him is when he is going to sleep. I love nursing him to sleep and hope we can continue for a long time. Nursing my baby to sleep and holding him while he sleeps is one of my favorite things. I wish I could bottle the feeling. I know he will move on at some point so for now I am going to enjoy it.

When I think about how quickly this year has passed I get nostalgic and a little sad. I know I shouldn't be sad, I should be happy right? The future holds so many amazing things and I can't wait to watch both of my children grow. Still, why did it have to go by so fast?! 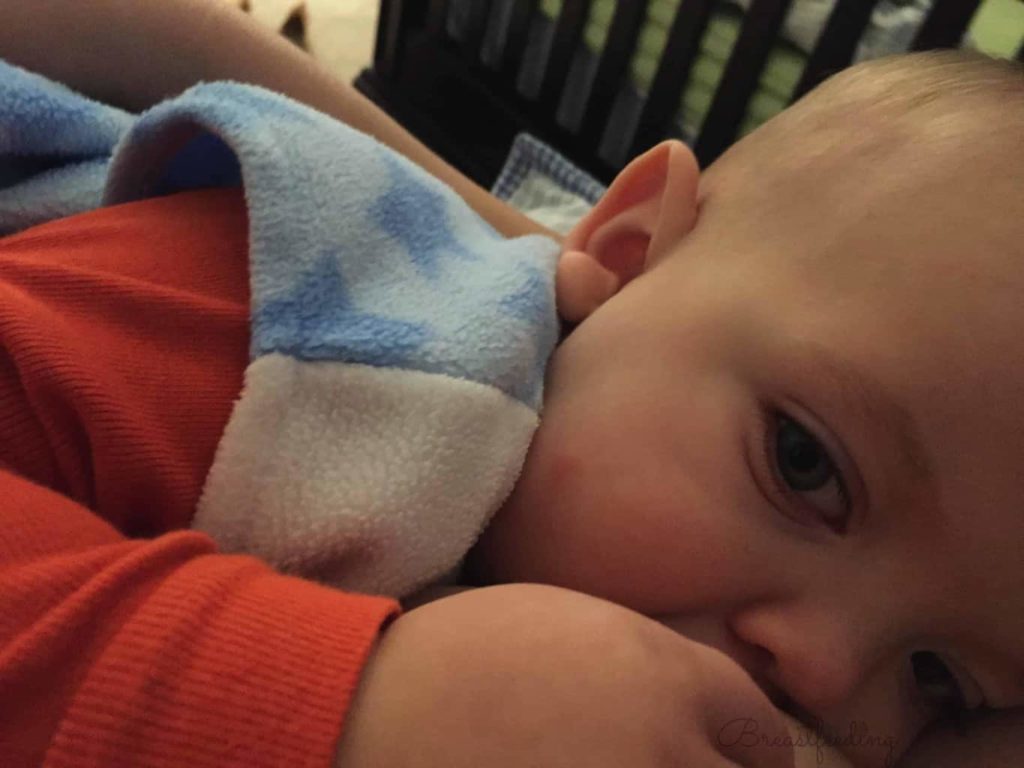 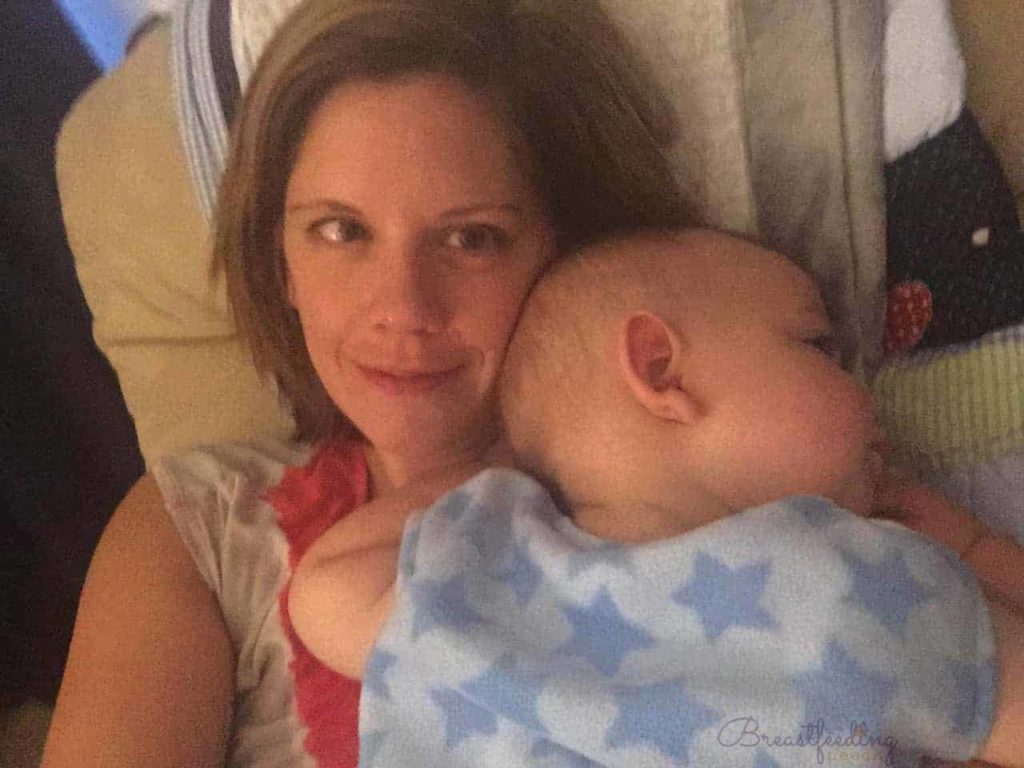 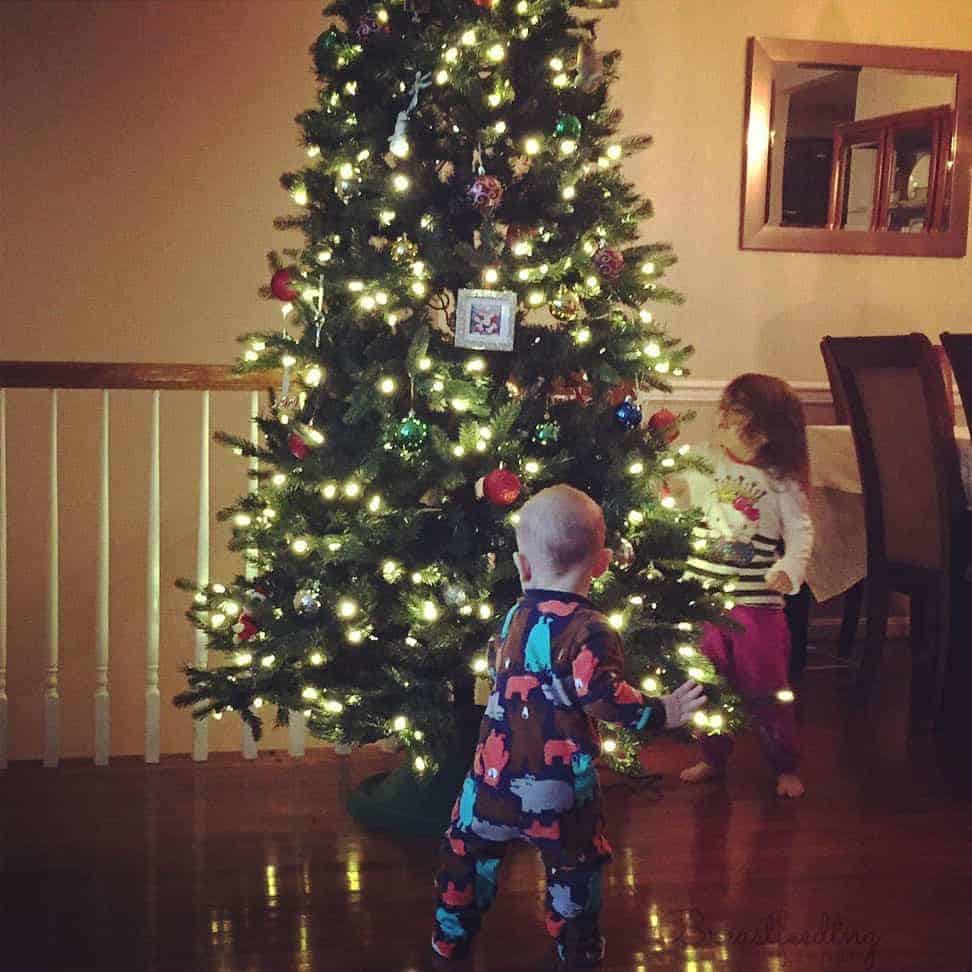 I've had six kids. And every first birthday brings that bittersweet feeling. Wouldn't trade a moment.

Love it! I only have two and I don't want to give up that first birthday feeling, is that a good enough reason to have more kids haha?!

What a sweet post! We currently have only one child and it's always so interesting to see things from the perspective of someone who has more. So many lessons to take away for when we decide to add to our family!

Thank you for sharing with us at #MommyMeetupMondays! Hope you join us again next week!

Such a beautiful post!! I am glad you shared this. My first daughter is just 7 months old, and I know I want more, but I just want to enjoy her for now! My husband is ready for another now though! I can see how fast she is growing and changing on a daily basis and I feel the same way you do. Mixed emotions! Again, thanks for sharing!

Lots of mixed emotions watching our babies grow! Thanks for your comment.

What a cutie! My daughter is 2 and an only child, but as my friends start to have their second babies, my sense is that it's easier in part because you don't have to go through the mental hoops of figuring out who you are as a mom. You already know!

Definitely easier the second time around! It's still hard but I think the first is the hardest :)

I love this so much. My son just turned one and it is so hard to accept that a whole year has gone by. Time really does fly! Your kids are so cute. Makes me want another. What a beautiful tribute to your adorable son, happy birthday little guy.