Up until July 1st, 2015 Virginia was one of two states (Idaho is the remaining) that did not have a law stating that a breastfeeding mother is free to feed her baby wherever she is lawfully present. Thanks to hardworking advocates the law was passed after a number of discrimination incidents across Northern Virginia and around the state.

One of the biggest advocates, Jill DeLorenzo, was harassed for breastfeeding at her gym in Northern Virginia. I recall reading about this incident on a local message board at the time it happened and finding it extremely disturbing. The Gold’s Gym that Jill attended asked her to move from where she was breastfeeding and continued to harass her when she did not.  She was harassed by management and the gym's owner who used the fact that Virginia did not have a breastfeeding law protecting women to support their stance.

This incident inspired Jill to join forces with others to make changes to the law in Virginia. Attorney Rebecca Geller from Fairfax and activist Kate Noon from Richmond had been working with their Virginia Delegates, Dave Albo and Jennifer McClellan, respectively, to draft the legislation. Crystal McCullough of Chesapeake, Virginia had also created a petition to add protections for breastfeeding mothers. Together, these women formed the Virginia Alliance for Breastfeeding Laws. Their alliance proved to be a powerful platform for Jill's story and others to be heard by the Virginia lawmakers. The need for this law became very apparent, and the measure was broadly supported. Delegate Albo's colleagues jokingly called him "legislator of the year" for carrying such a popular bill. Because interest in Virginia's right to breastfeed effort took off, a second bill was introduced in the Virginia Senate. Senator Jennifer Wexton introduced the companion bill. Both bills passed their respective committees and full assembly with unanimous bipartisan votes. The legislation was signed by Governor Terry McAuliffe in March 9, 2015.

On July 1st 2015 the right to breastfeed law went into effect. What a wonderful victory for breastfeeding mothers in the state of Virginia. Feel free to nurse proudly wherever and whenever you want, without a cover, without being asked to move, and without fearing the need to breastfeed in a car, bathroom or other private location.

Yesterday Jill and several other mothers held a "nurse out" celebration at a Northern Virginia mall to celebrate the new law. They handed out business cards with copies of the law to supporters.

Participants who attended the gathering hope to raise awareness for the new law and empower breastfeeding mothers as they enjoy being protected throughout the state.

Way to go Jill and advocates in Virginia! I am proud to live in this state with advocates who worked hard for the right to breastfeed in public.

Some photos from the nurse out celebration: 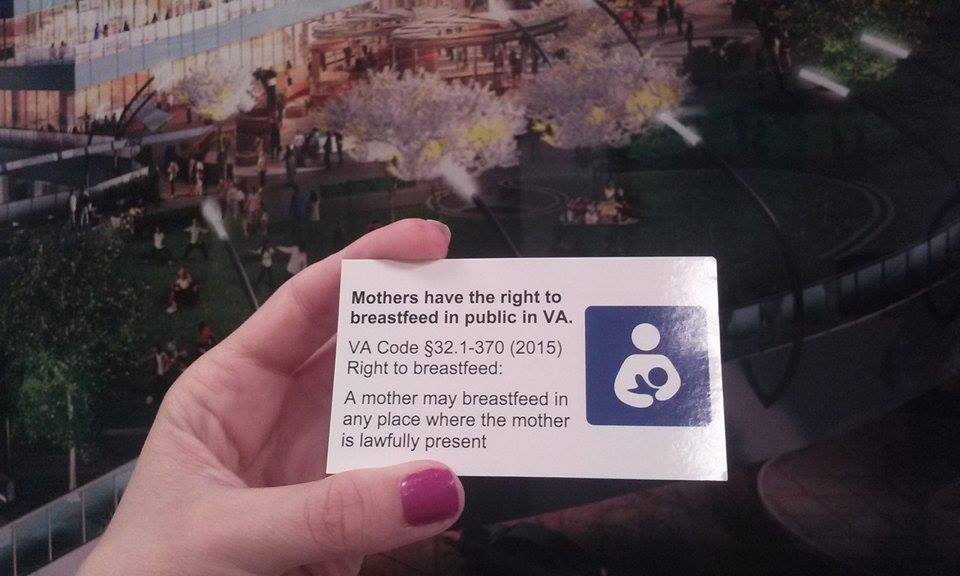 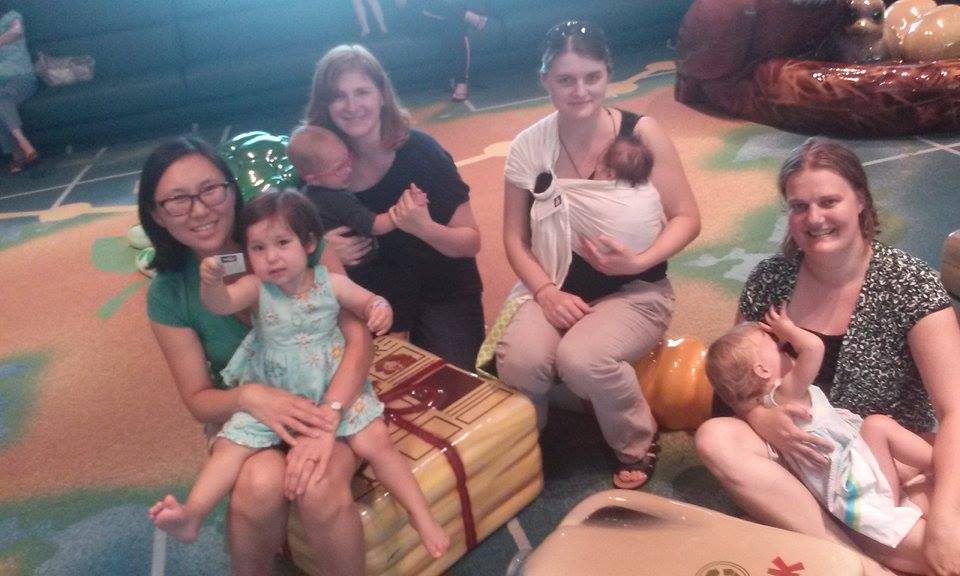 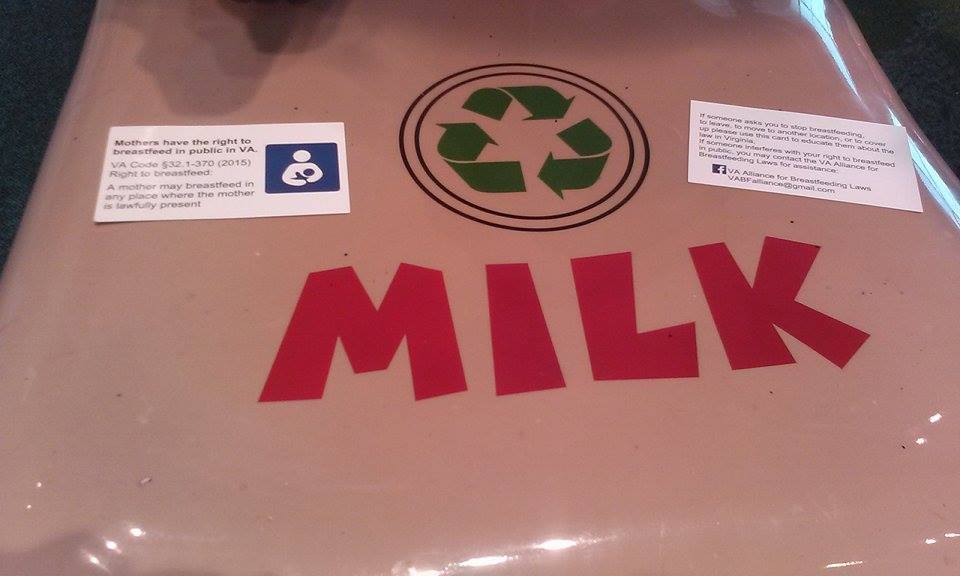 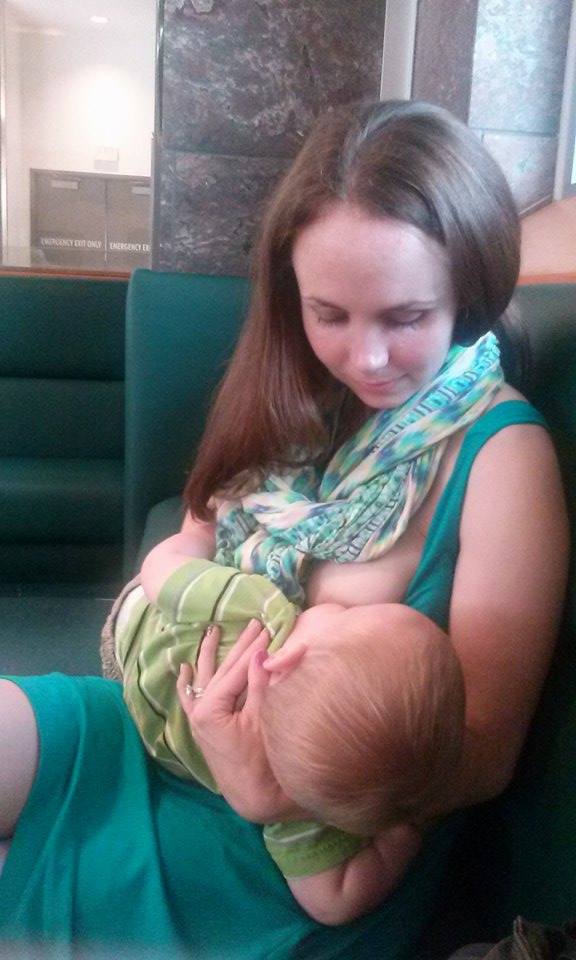 Great that these laws are being put into place. I don't remember it being so controversial when my children were young. Funny how times have changed!

Hi Jane, I know I am not sure when nursing in public became controversial.

Wonderful news a great timing! I am a military spouse traveling home next week to Virginia with my 9 month old. This new law will give me the confidence to nurse in public. I applaud all of the advocates who worked so hard for the right to breastfeed in public. This really is a great victory. Nurse on Moms!

That's great Katie! Good luck traveling with your little one :)